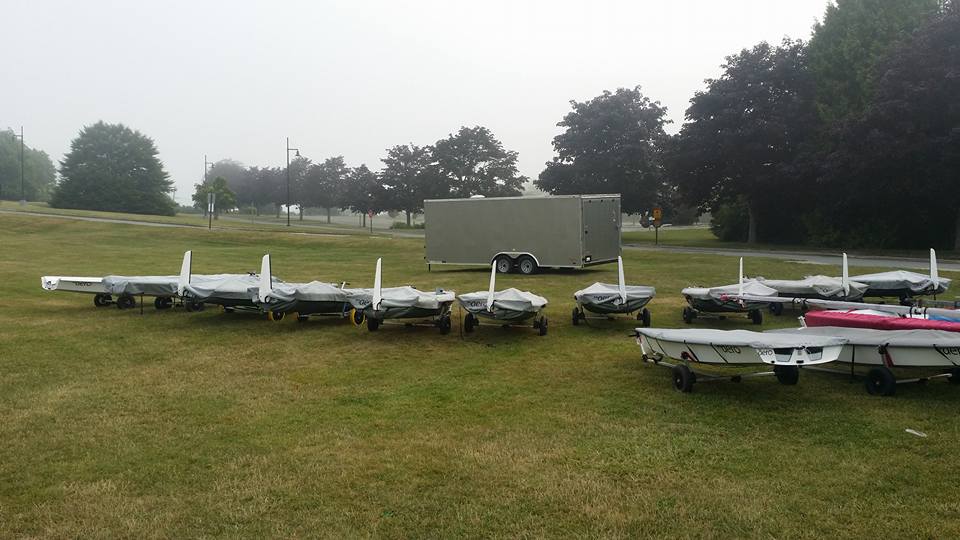 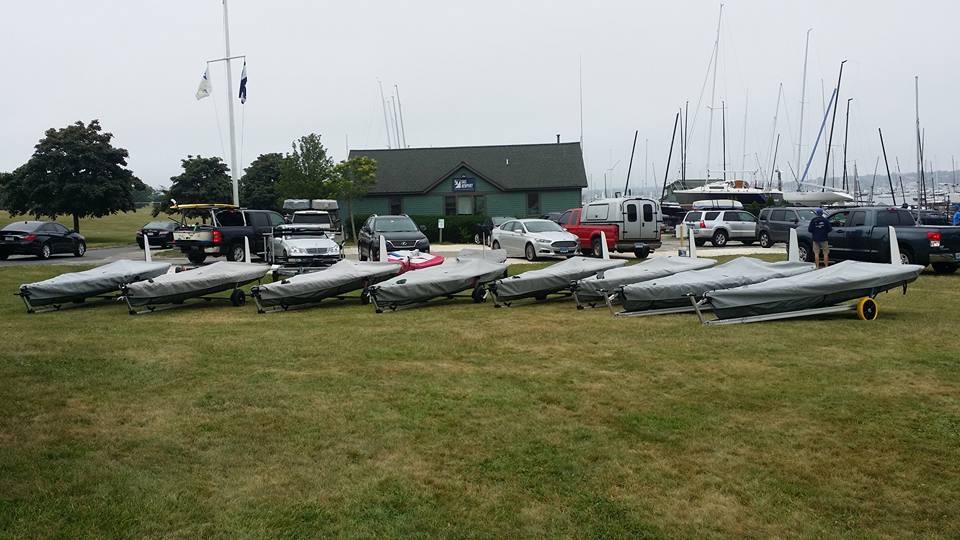 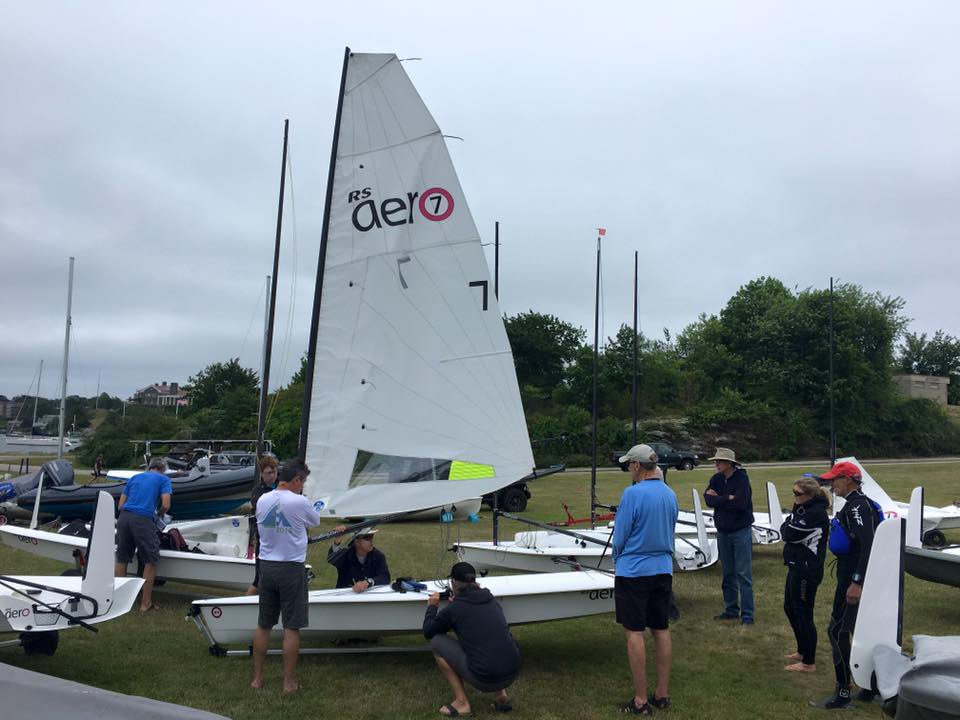 Thanks to Marc Jacobi for setting up an awesome event, managing the charter fleet, running the coaching day and creating this fine blog report;
The inaugural RS Aero Atlantic Coast Championship (held in conjunction with the Newport Regatta, Newport (RI) was a successful event! A clinic on Friday gave 10 attendees a chance to get to know each other, share rigging/sailing tips, and dust off the cobwebs with practice starts and even a few practice races.
This was followed by lunch (generously provided by Todd Riccardi and RS) then the Speed Run, for which we had a nice (if not record-enabling) 12-18 knots of wind. Max 10-second average was recorded by me in a *7* rig (13.5 knots, 14.2 peak), 0.4 knots faster than my earlier run in the 9. Video of Judith Krimski and me: https://www.facebook.com/judith.krimski/videos/10209718704384017/
and Sailing World Editor Dave Reed tearing it up: https://www.facebook.com/todd.riccardi/videos/10100504224552101/

If only we had that much breeze for the actual racing! Our circle was set in the lee of Goat Island, making for shifty, variable 5-10 knot wind and lots of tidal influence to challenge the SEVENTEEN (17!) Aeros present. We had five "9" rigs in the fleet, which proved very fast in the light and variable conditions; most comments here will relate to my racing with them.

Peter Shope (2015 Laser Grand Master World Champion), Christine Neville (2016 Laser US Olympic Aspirant) and Scott Pakenham proved to be quick studies, having no trouble beating yours truly to the first mark in most races. Christine and Peter generally had fine starts, while Scott played the shifts beautifully. I was a bit lax at the starts (those who read this blog can recognize the trend) and frequently had trouble going the way I wanted or taking full advantage of shifts as a result.

Lots of experimentation went on downwind, with Christine most willing to sail higher angles but not seeming to be rewarded. The wind wasn't quite strong enough to plane while broad reaching, meaning those who stayed in pressure and pointed the boat more to the mark saw bigger gains. Peter was especially quick, gybing frequently and decisively going for bands of pressure and fast angles. I think many people gybed too soon after rounding the weather mark, keeping them in the lee of the buildings and boats on the starboard tack layline. I tried to soak down on starboard for a few lengths before gybing, and that generally went well.

Being pushed by such excellent sailors really helped me figure out some things. My big takeaway from Saturday was to sail with much less vang than I had in the past, both upwind and down. Of course, upwind in breeze some got dialed on, but the boat was just plain faster sailing with it a bit eased.

Shope loves to foot upwind, and in an oscillating breeze that can be devastatingly fast, but I had success at times using the Aero's high and a little bit slower mode to hold lanes off the start and to stay in bands of pressure longer. The boat's incredible acceleration and speed when cracked off offers many tactical options not available on other boats--lots to learn about!

Later in the day the tide shifted, making the right side a bit less favored than it had been earlier. In one race this allowed me to claw back to 2nd from 5th or 6th at the first leeward mark. It definitely was a day to be decisive and patient, waiting for pressure and a shift before tacking!

It was also a long day, with 6 races being run by the RC and little time to regroup in between. Going into Sunday I led with 4 firsts and 2 seconds (8 points), Shope was in 2nd with 8, steady-as-she-goes Scott showing 16 in 3rd with Christine only one point back. With an unlimited number of potential races and a second throwout looming at 12, it was anyone's regatta!

Sunday dawned a bit gloomy, with the wind more left than the previous day and definitely lighter. The course was now parallel with Goat Island, and there seemed to be a bit more pressure on the left upwind, especially in the earlier races.

Christine was on FIRE, having beautiful starts and fine boatspeed to lead at every mark in every race, sometimes by huge margins! Shope was OCS in Race 5 but rebounded annoyingly well to finish right behind me in 3rd. We had some very close racing, and from what I could see, the 7 rigs were TIGHT, often having 4 or 5 boats overlapped at the finish of a 30 minute race!

Christine's perfect Sunday scorecard allowed her to leapfrog Scott into 3rd, while I held onto 1st, 3 points clear of Peter. In the 7 rigs, Chuck Allen (collegiate all-American and North Sails rep) prevailed over Dave Reed and class stalwart Doug DuBois, who flew out from Park City UT to attend the event. Other notable travelers included Tony Corkell from Raleigh NC, Gregory Popp from Ormond Beach FL and Simeon Thomas from Colorado.
Check out Marc's blog HERE. It's all about fine hats, worn out hikers and the love of small boat racing!