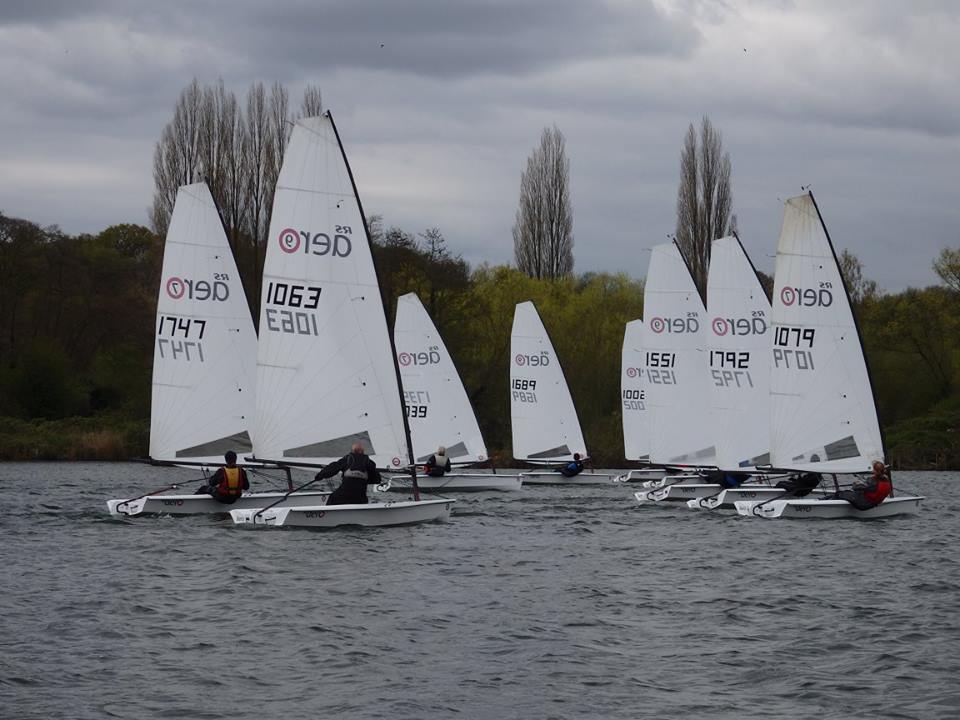 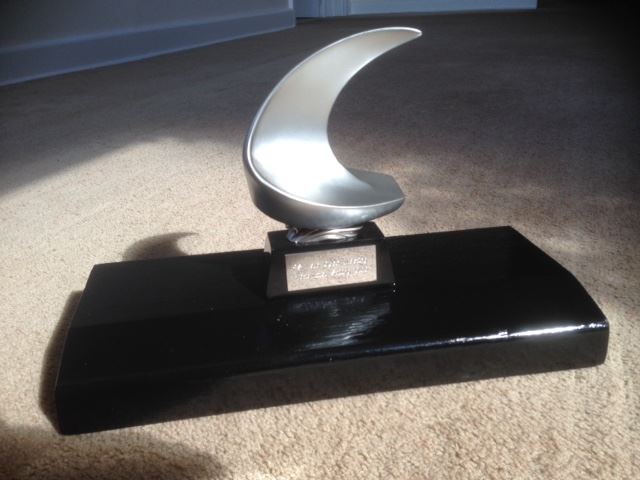 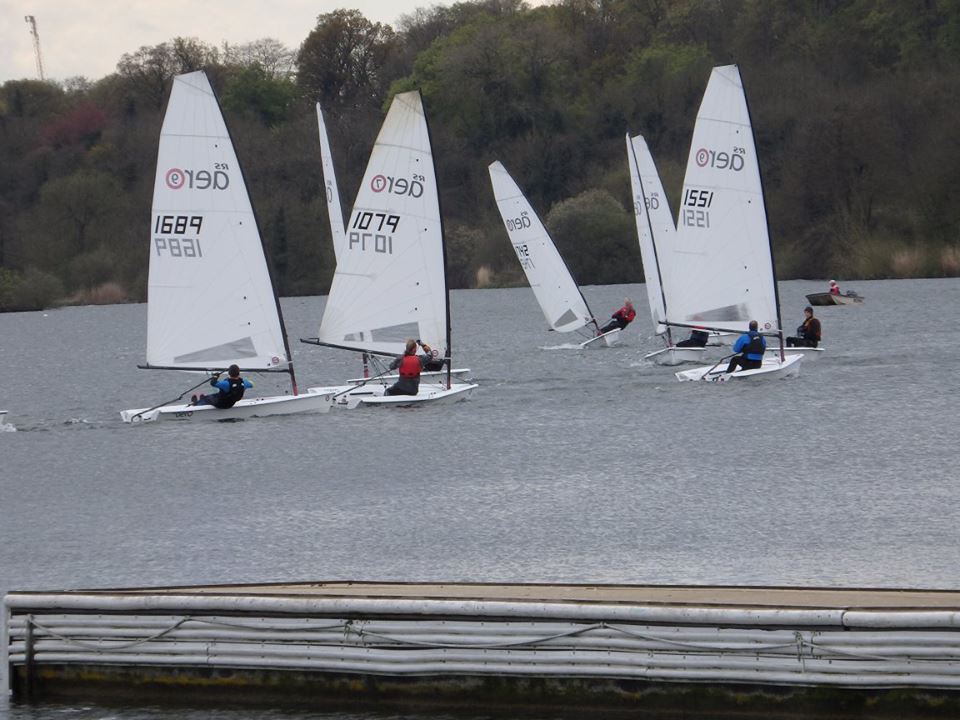 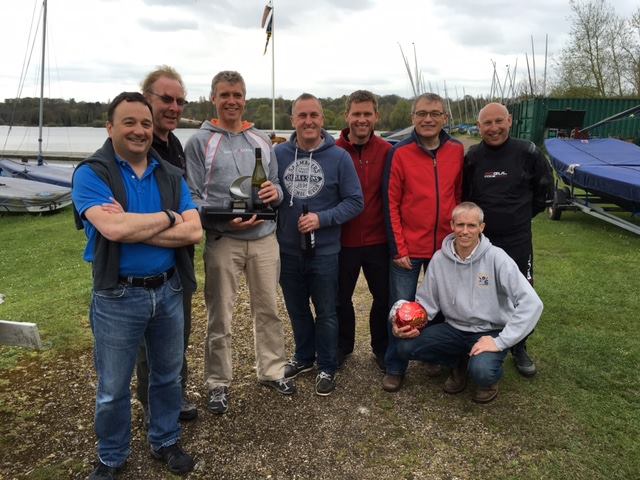 BROADWATER SAILING CLUB, Middlesex, UK
Open Meeting - 24 April 2016.
All 6 home boats are out on the water!

13 RS Aero sailors (11 with boats!) gathered on a bright sunny and gusty day for the inaugural Broadwater Open Meeting. There was a good mixture of '7 rigs' and '9 rigs'. It was great to see all six Broadwater Aeros on the water including Peter "I'm going for style points with a windward capsize" Joseph; Greg "If I knew my wife was race officer I'd have brought her tea in bed" Hart; Brian "I thought you said a Morgan Aero 8" Deacon; and Llewelyn "if it doesn't have a barcode how do I know which string to pull?" Watkins.

Before the first race Peter Barton ran a quick training session on the RS Aero for new and future owners, while the galley served up coffee and bacon and sausage rolls. There is absolutely no truth in the rumour Peter uses this session to hypnotise the competition...

The sevens and nines started together with positions decided on handicap. As the boats took to the water the wind strengthened so it was best described as windy with the occasional lull – and not medium wind with the occasional gust that was forecasted! This, together with good reading of the wind shifts helped Paul Robson cling on to the leading pack of 9's in his 7 and he was looking good to take the first race on handicap until a capsize (even with a quick recovery) let the leaders pull away. Peter Barton eventually took the honours, closely followed by Nigel Rolfe and Andrew Snell. Paul only missed out on third place by 12 seconds.

The wind held up for the second race and this time three 7s were vying for places just behind the leading 9's. Paul Robson was the first to go, capsizing to windward on the run in spectacular fashion, and then Andy Hill pulled a similar trick later on leaving Andy Cooney in control of the race. He kept up with the leading 9s to take first place on Handicap by seven seconds, with Paul Robson taking second place by just 1 second.

After a fabulous lunch of baked potatoes, chilli, and chocolate cake the wind dropped slightly for the third race giving slight advantage to the 9's. Andrew Hill in his 7 (who clearly sails better on a full stomach) had a great first beat giving the 9's plenty to worry about and chased them to the end – missing out on winning the race by only 37 seconds, and third place by 5 seconds. At the front of the fleet Peter Barton, Nigel Rolfe and Andrew Snell battled all the way round with Peter taking the final honours.

Next up in the UK is the start of the 2016 Northern Circuit at Yorkshire Dales SC on the 8th May followed by Downs SC (Kent) Training day and Open on the 14/15th May. For those looking further afield for their Aerofix, the Czech Open on 13-16 May has 21 entries already signed up from no fewer than 9 different counties – that should be a fantastically International experience!
A full photo gallery by spectating RS Aero owner, Jane Hill, can be found on Facebook HERE.
Keep in touch with Everything Aero via the Class Website and Facebook Group.