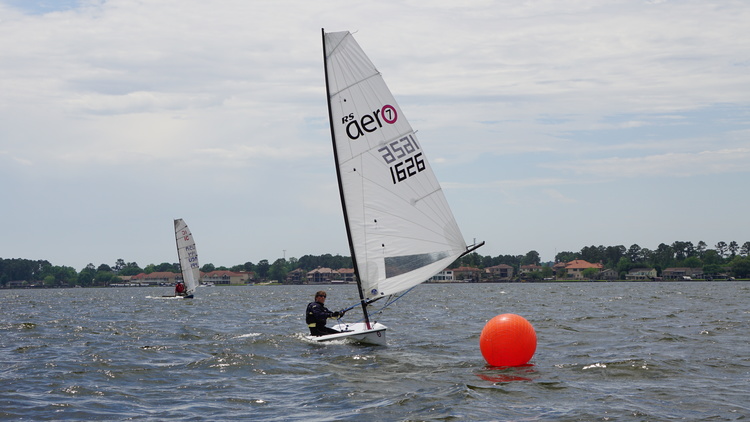 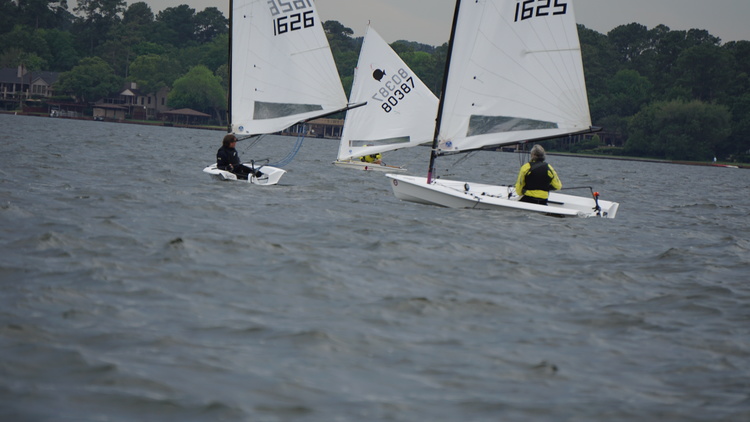 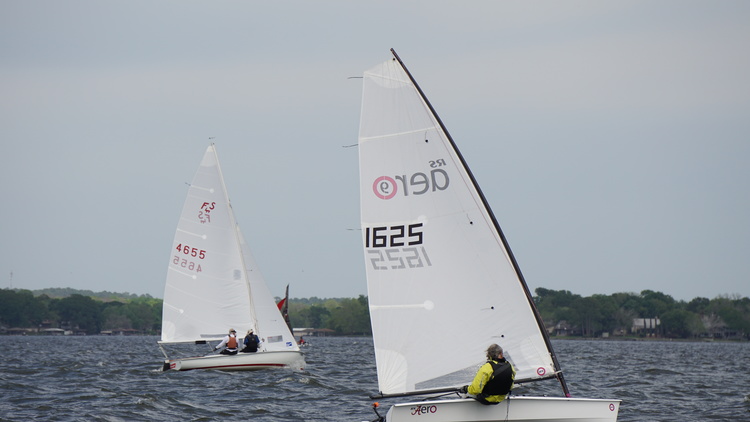 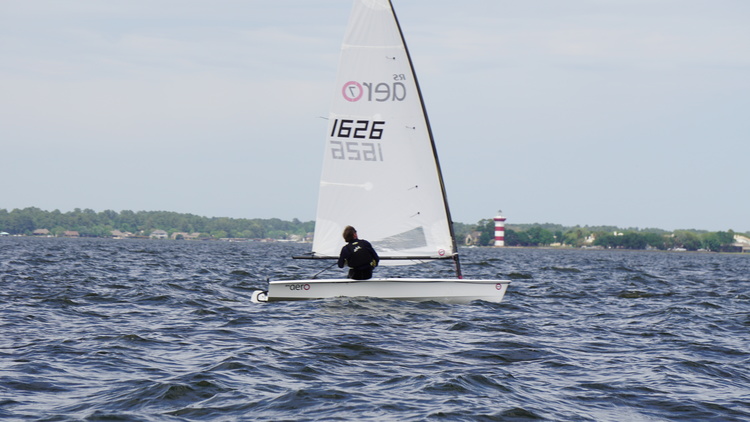 Well done to Hank for sealing the win on a tie break!

Thanks to Ash Beatty for this report;
‘Great weekend at Conroe Yacht Club. What an enjoyable place to sail. Saturday saw southeast breezes between 10-20kn. Got in 5 excellent races. Hank and I held up the RS Aero class as no one else could make it. The area dealers sure missed the boat (pun intended) by not showing up or providing demo boats. Could have sold one for sure.

Sunday was a real work out with 3 more races in winds reaching 25. Hank and I put on a little 14+ knot reaching show in between races. Everyone was impressed. You could hear comments from Laser sailors as we blew past "Look at the Aero's go". My highlight was watching how big the eyes got on an Int'l Canoe sailor as I crawled up his stern on a bombing reach. In the end Hank won the regatta in his ‘7’ rig beating out a Weta trimaran on a tie breaker. I lost 3rd overall with a lose shackle* on my ratchet block in the last race. Hank spent the weekend playing catch the Lasers who started 4 minutes ahead of us. Damn he's fast! Isn't a ‘9’ supposed to be faster than a ‘7’? You'd never know it by my out of shape old body. I finally figured out how to make the ‘9 go in big breeze when "bang", no more main sheet.‬

The next RS Aero regatta will be at Rush Creek YC on Lake Ray Hubbard near Dallas April 30- May 1. This is the home club for Vela Sailing, the Dallas area dealer, so I'm expecting a few more Aero's.‬’

Lake Conroe’s Flying Scot sailor, Mike Lindstorm, commented;
‘While waiting for the next race, Hank, Ash and I went on a speed run. My crew and I were in a Flying Scot with a speed puck that showed 11.4kn on a sleigh ride reach. Ash was pulling away easily and Hank came from behind and passed us like we were tied to the dock. The AEROs are REALLY fast off the wind. Way faster than a Laser (or a Scot). Later, Hank and Ash both reported 14.5 or better.’

Further review of Ash’s Speed Puck data showed he hit 15.9 knots on that reach‬!
Both Hank and Ash had cameras installed as well as their GPSs for fun and training.  Here is the video of Hank sailing his '7' rig in 10 - 15 knots; https://www.youtube.com/watch?v=A6A1BuBGb30
More info on the Texas Centreboard Circuit HERE.
[*Just occasionally, if you are 'unlucky' the shackle split ring can come undone as it is nudged when the mainsheet block moves. It is worth having a glance at it occasionally. Better still, thread a bit of sticky tape tightly through and around the split ring so that it can not come undone.]