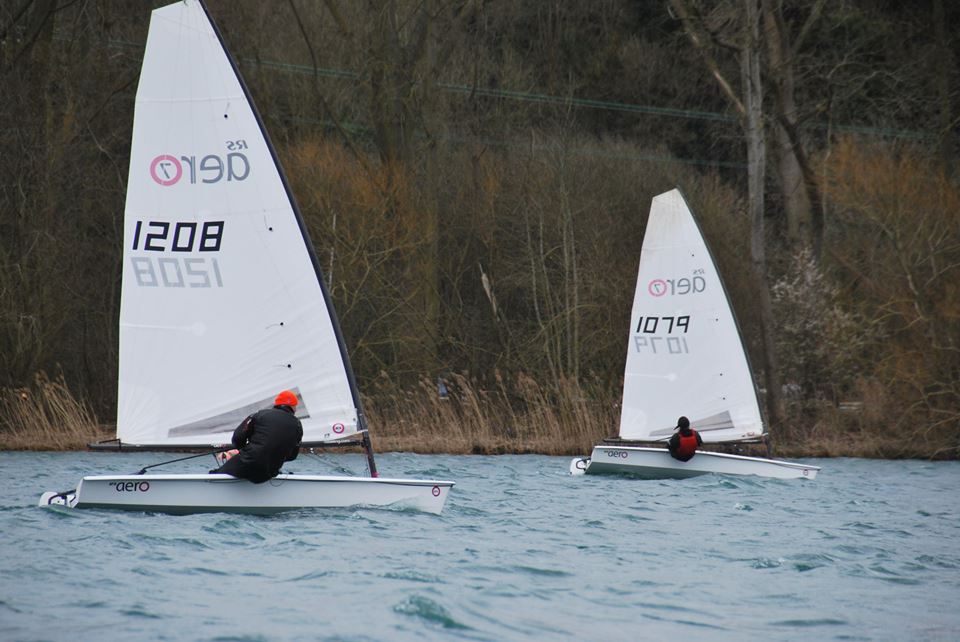 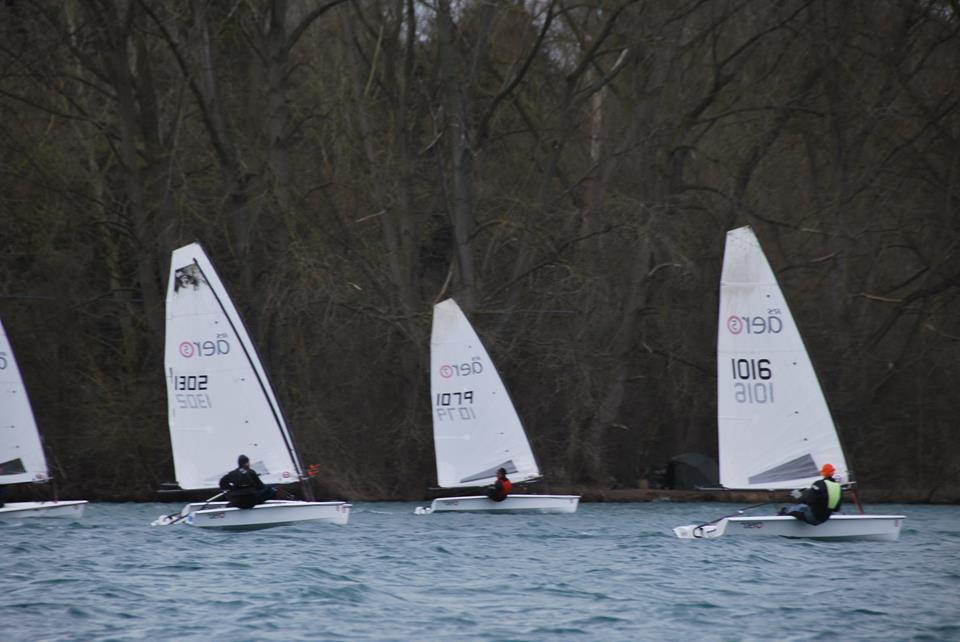 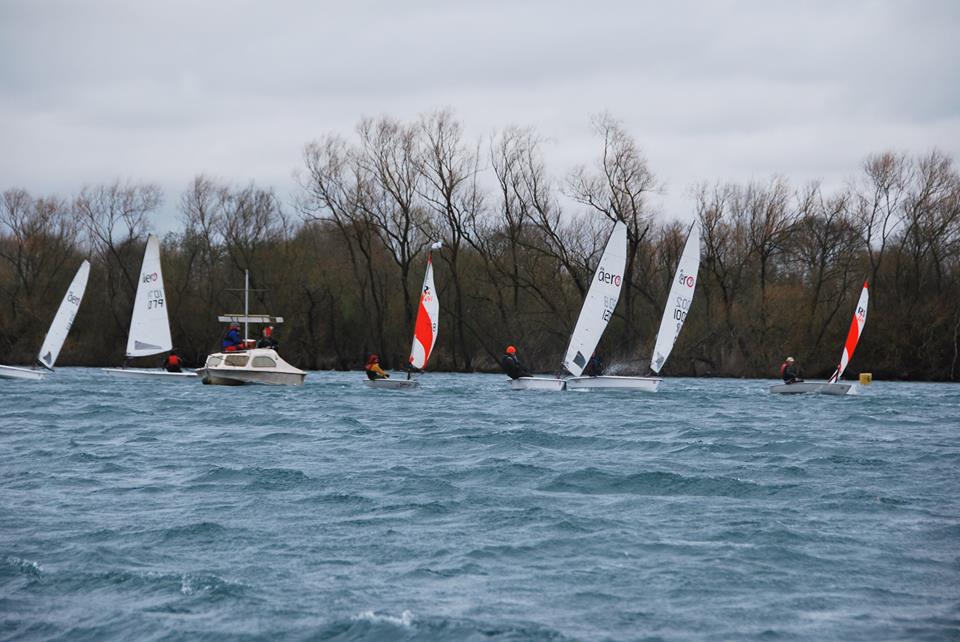 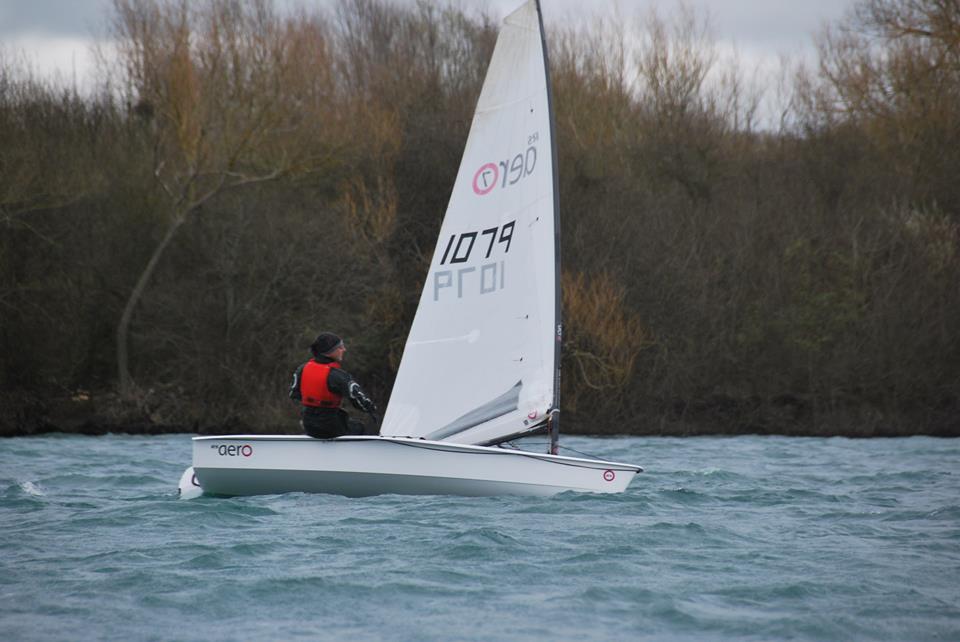 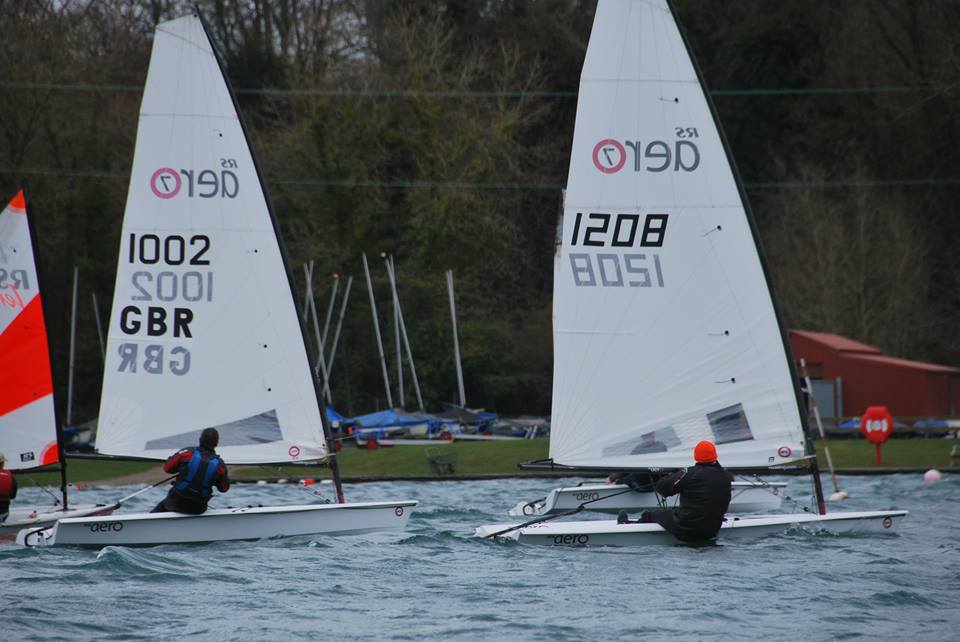 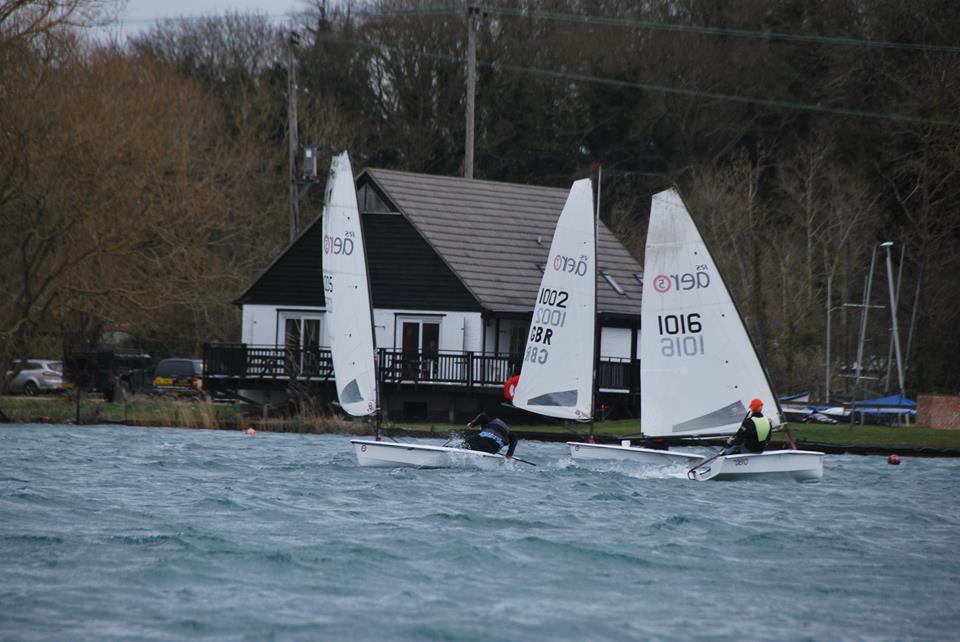 Magic Marine RS Aero Open at Reading SC, 28th March
An extreme day's RS Aero racing on a day when much of the UK's sailing was cancelled
by Emily Davis
The rain ceased as we arrived at Reading Sailing Club and we were greeted by a friendly club member who helped us off with our RS Aero and RS Teras. A beautiful spot with an interesting long thin lake allowing the breeze which was running straight down to maintain its strength.
We enjoyed a leisurely rig up whilst keeping an eye on the building conditions. A cheer was raised as one RS Aero sailor decided to head off early to be rewarded by an instant capsize! Everyone who was able changed down a rig size (or 2) to allow for the conditions which we later discovered were running at 27kn, gusting to 36kn!
Once all were on the water the racing began for those who managed to stay upright long enough to start. A cracking reaching course was set and the race gave Matt Thursfield (Chelmarsh) a convincing win in his 7 rig from local Steve Sharp (Reading) trying out the RS Aero 5 for the first time. Third was Phil Wright (Gurnard), again in a 5 rig.
Race 2 was short and sweet as the wind was raging higher, a 1 lap race with Matt repeating his victory with a 30 second lead from Phil who pushed his way up to 2nd past Steve.
A great hot lunch in the canteen and we all set out with gusto to battle the wind once more. A reef in for the smaller Tera sailor and a lesson in how hard to crank on the cunningham for Emily (Great Moor) made it possible to stay upright long enough to race!
Race 3 was led all the way once more by Matt from Vice Commodore and organiser of the event, Paul Robson (Reading) in 2nd, giving Nick Eales (Lymington) the chance to savour being on the podium in 3rd.
Race 4 followed, with 2 very quick laps being sailed. Matt once more the clear winner from Phil followed by Nick. The race was notable for being the first Emily managed to complete!
The last race of the day gave Matt his resounding victory; this time all the 7’s were in front of the 5’s. The 5’s had some very close racing with only 25 seconds between them at the finish and the wind had dropped just enough to enable Emily to complete the course with no capsizes!
All in all a great day at a very welcoming club, next year we shall see some more boats on the water ( and hopefully a slightly more favourable wind)! Well done to Matt for winning from Phil and Nick. A big thank you to Paul for organising the event and allowing the RS Teras to join in. Thanks too to Magic Marine for generously supporting the event with gift vouchers for prizes and to RS for the use of a demo boat..

Next up are the Start of Season Champs at Northampton SC on 25/26th April followed by the Class Lift-Off day and Open Meeting at Bewl Valley SC, Kent on 2/3rd May.