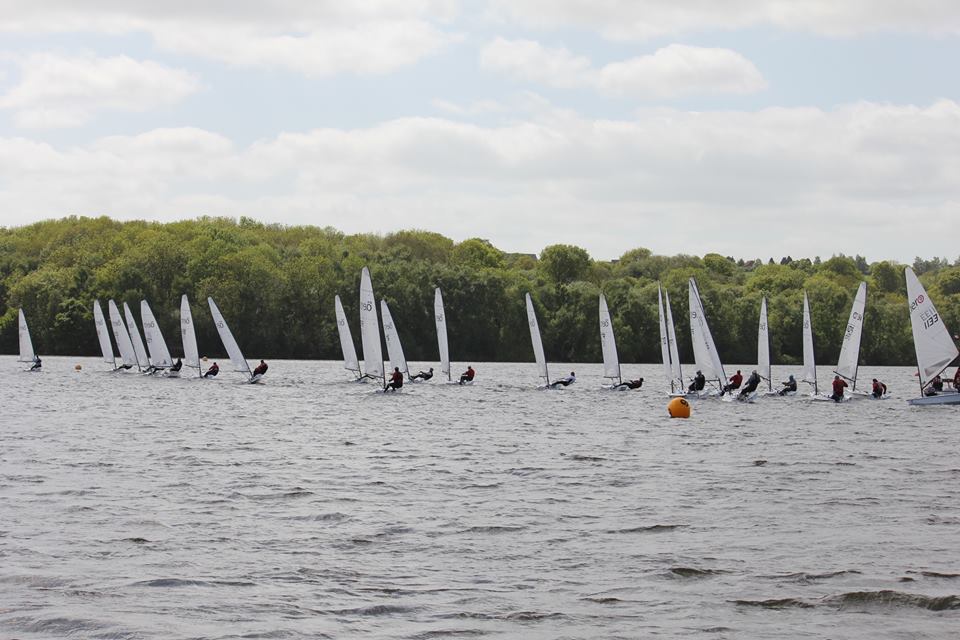 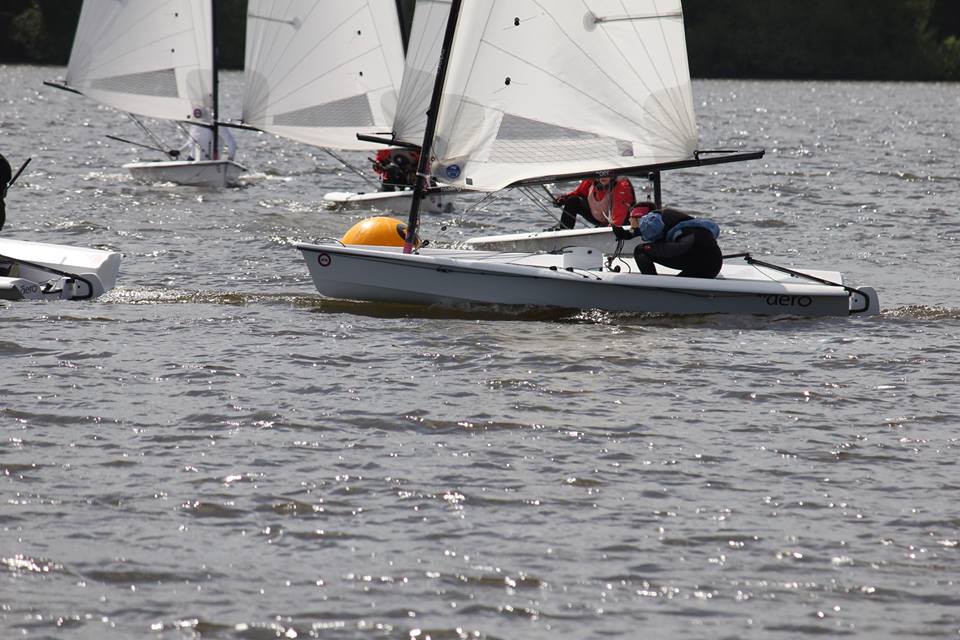 The battle of the 7s in the last race made a big difference to the overalls. Here the Chairman, Peter Townend (Chelmarsh), leads Gareth Williams (Leigh & Lowton), Peter Barton (Lymington) and David Cherrill (Broadwater) 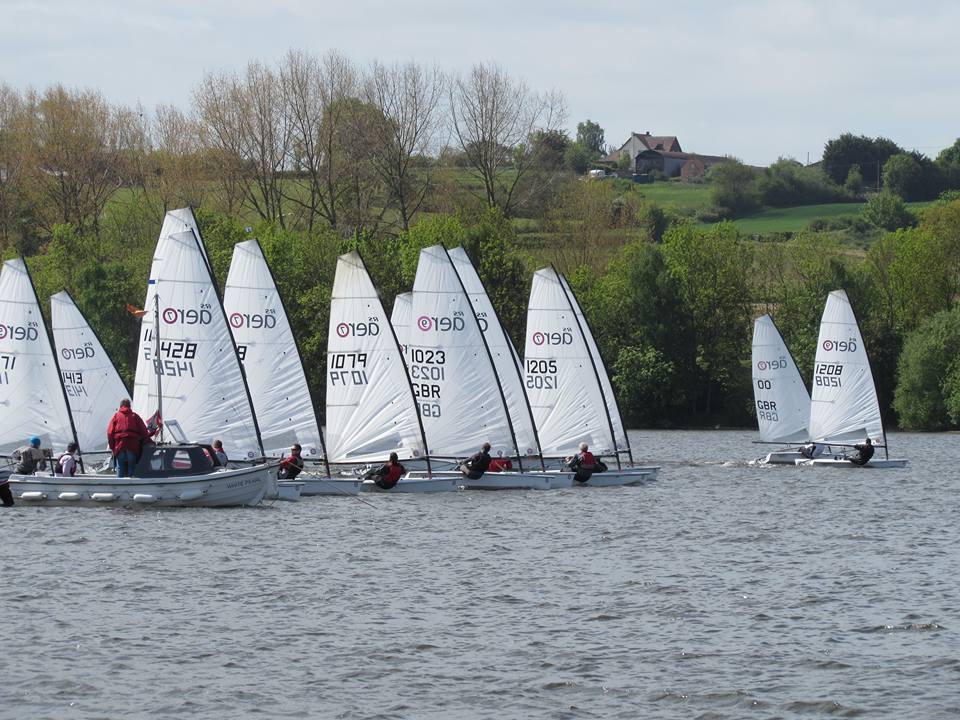 Tight starts! Take the bias or go for space and wait for the next shift? 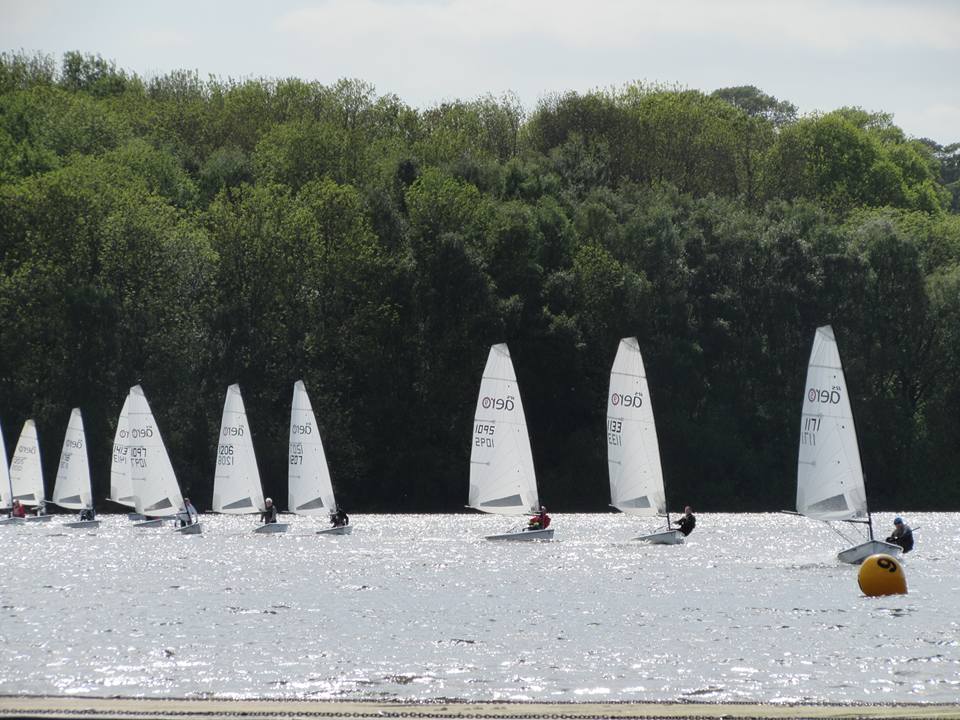 Matt Thursfield at 104kg demonstrates the ability for heavyweights to do well in the RS Aero winning the event in a variety of conditions from 8-18kn. 2nd and 3rd were 77kg and 70kg with 7 rigs. The winner of the last event, narrowly beating Matt, was 58kg sailor with a 5 rig! 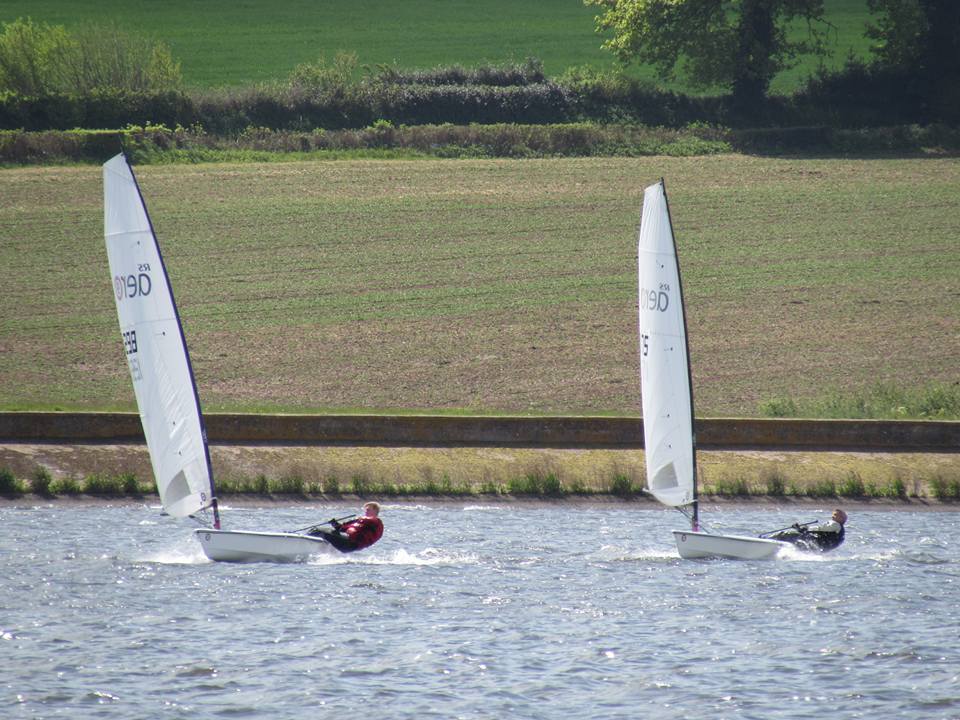 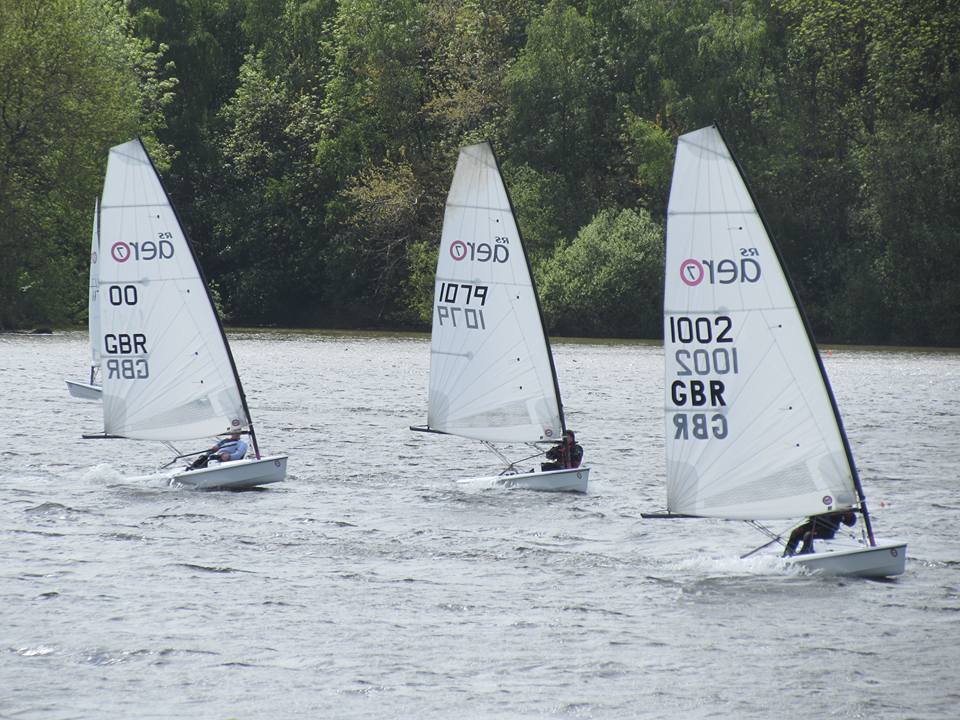 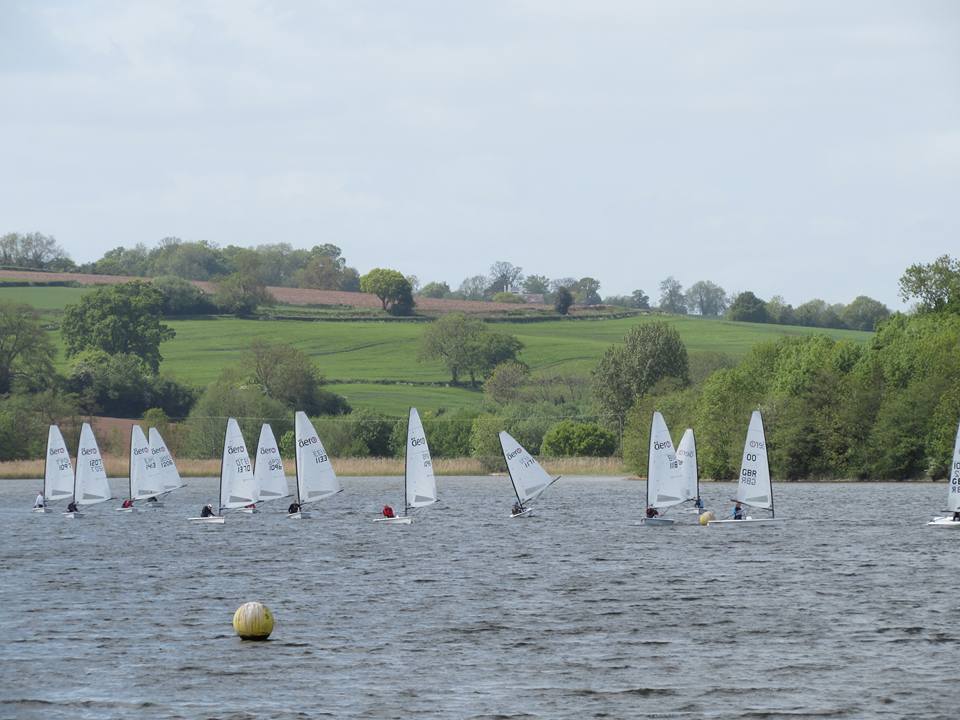 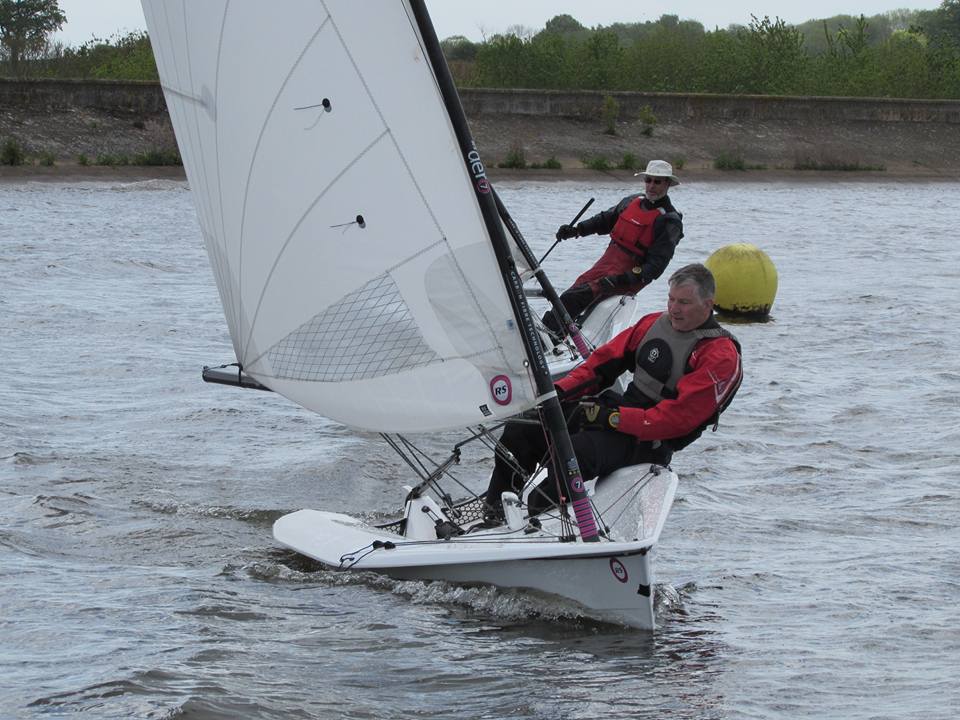 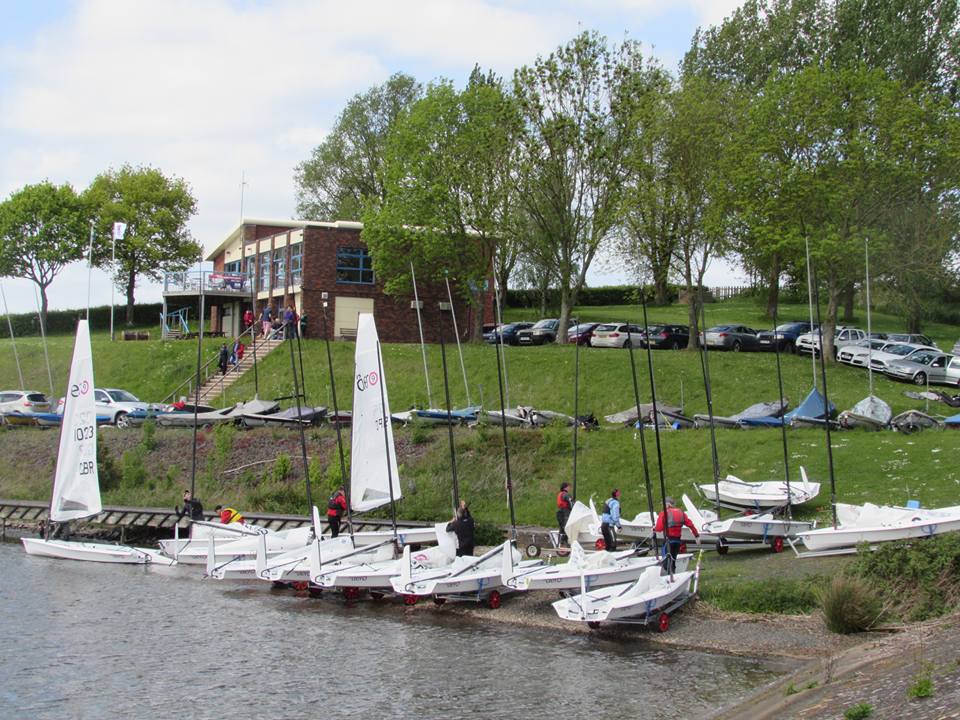 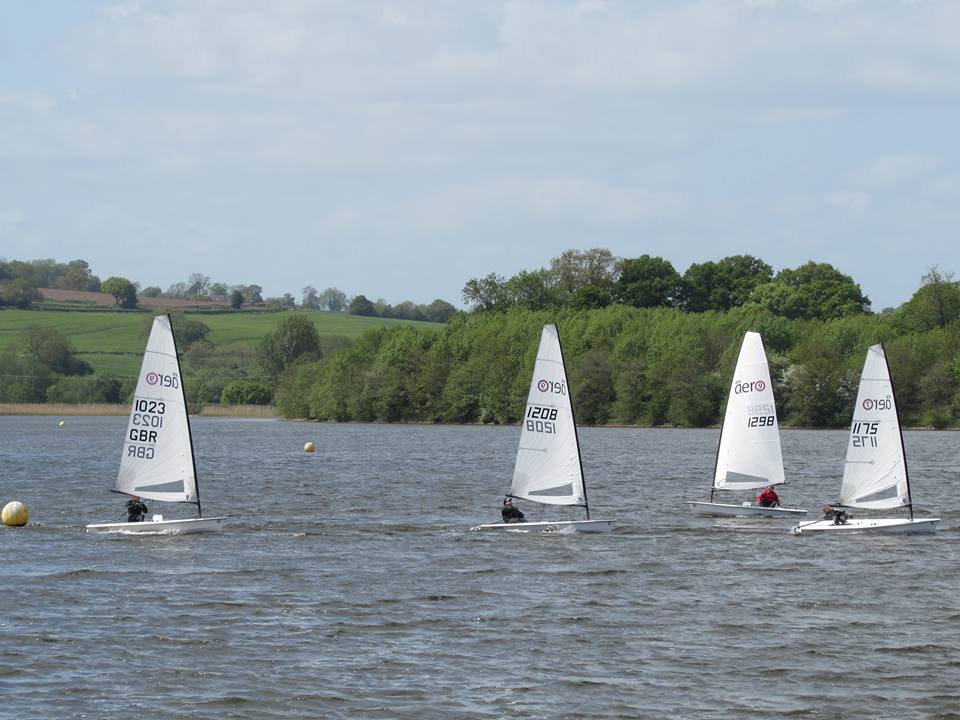 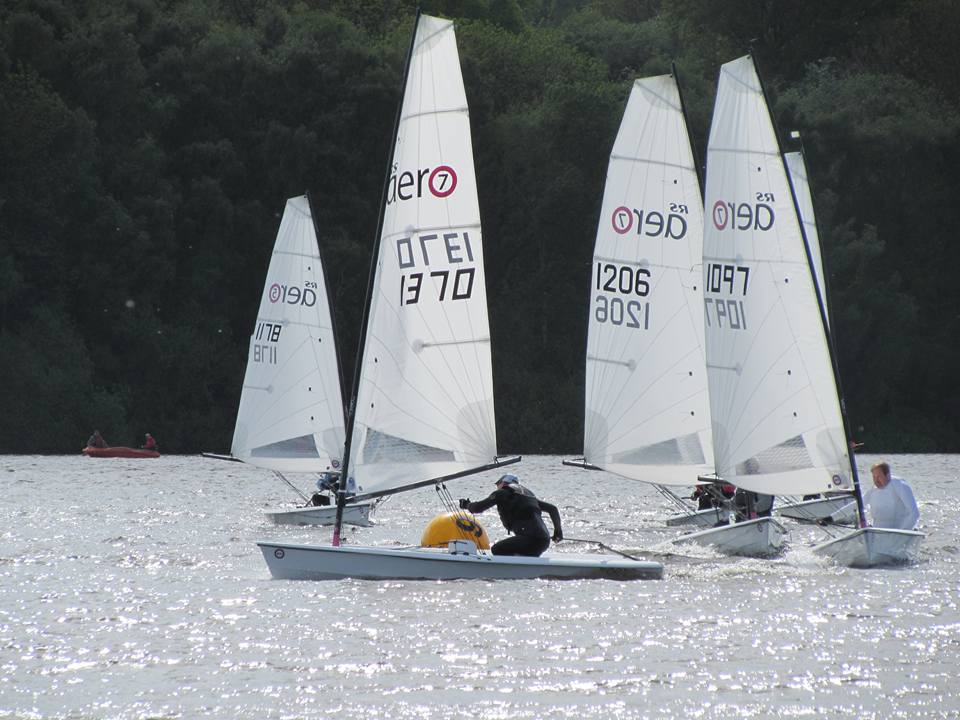 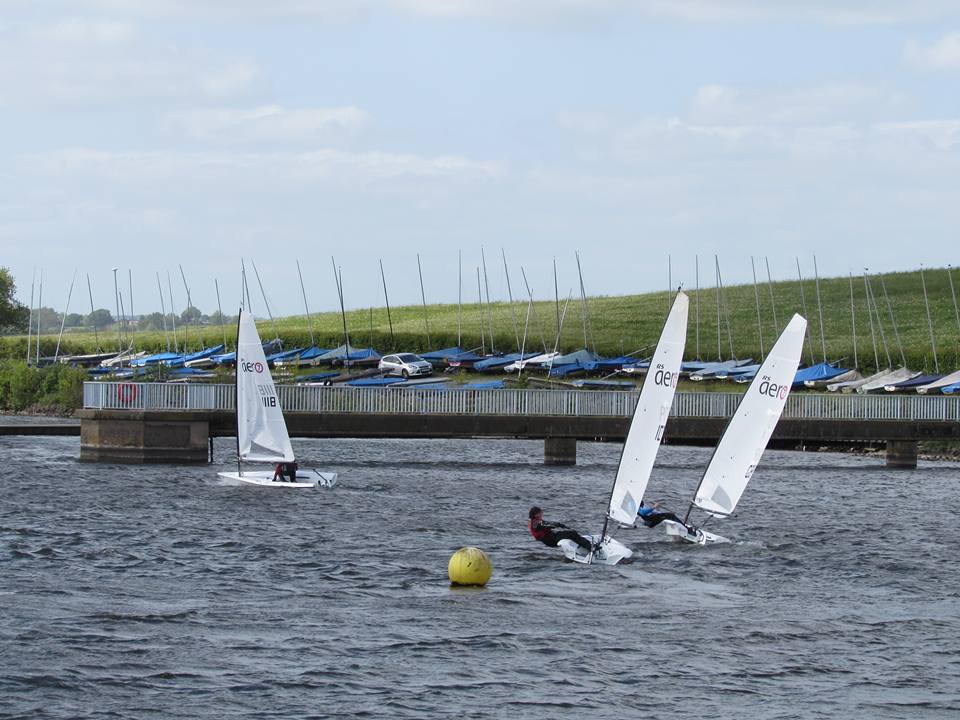 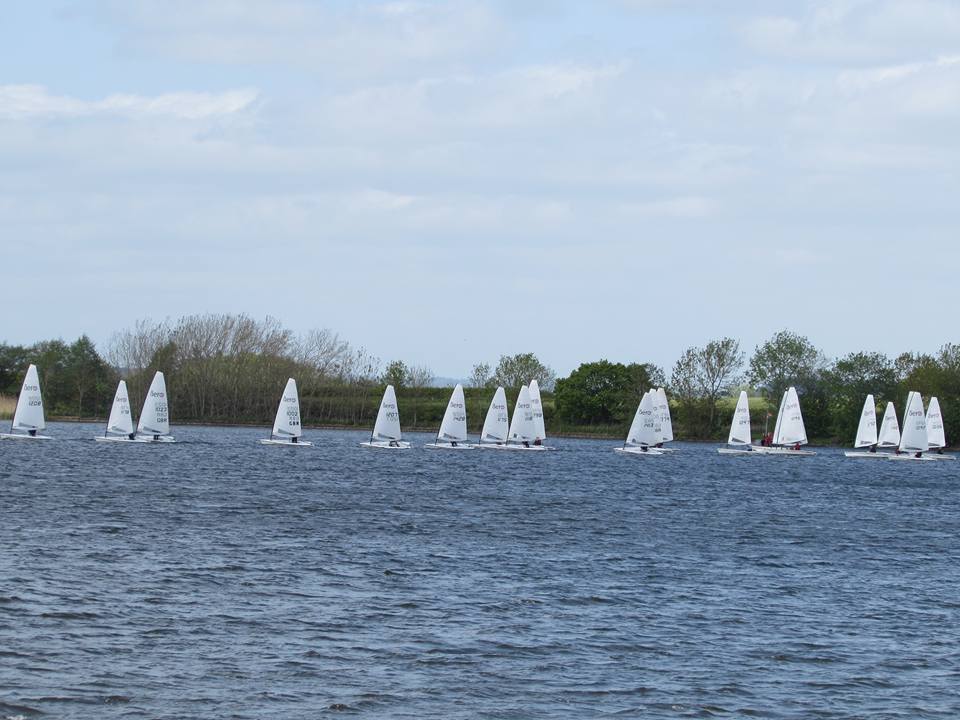 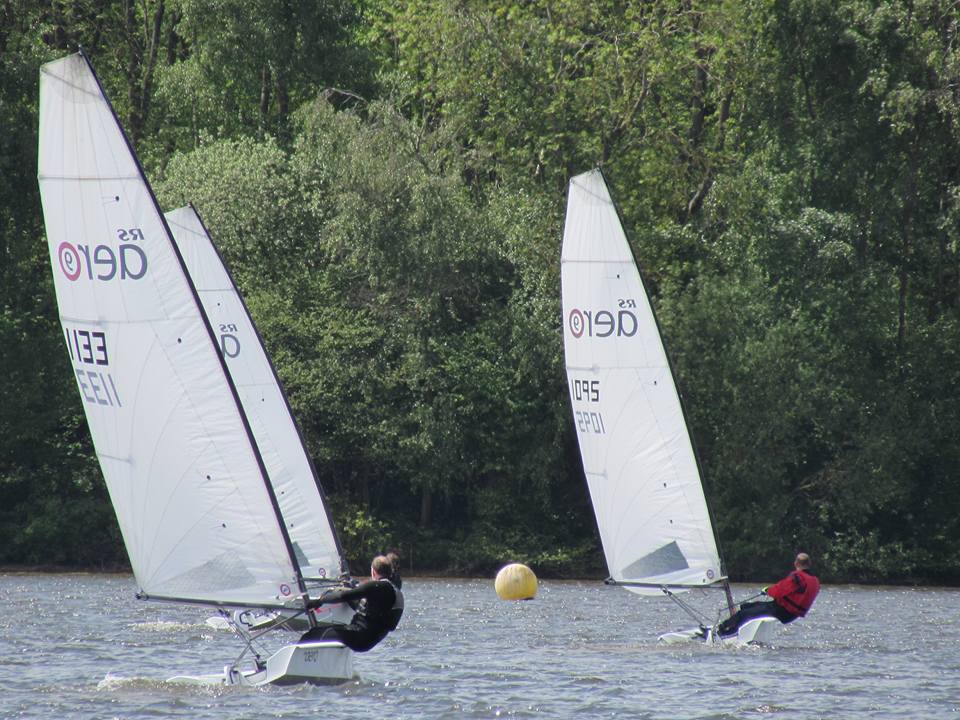