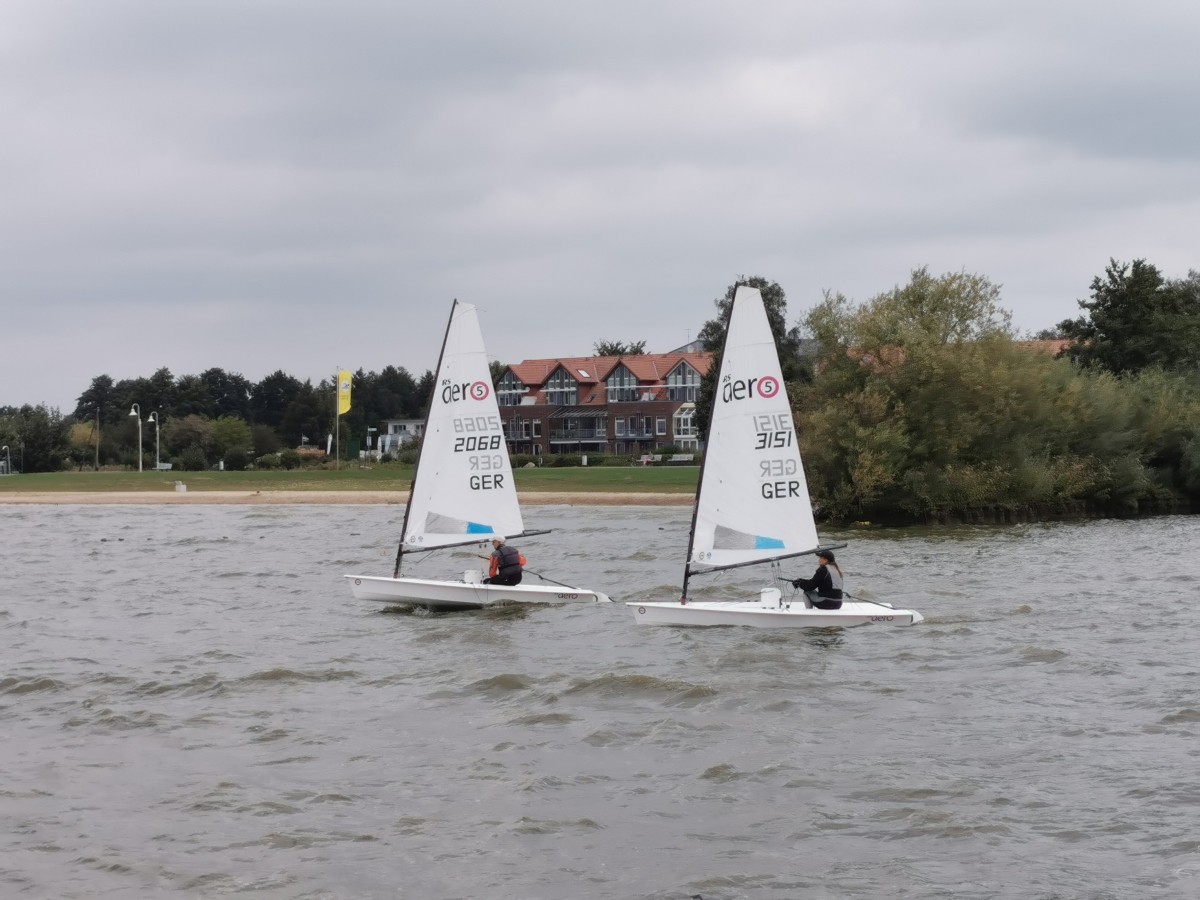 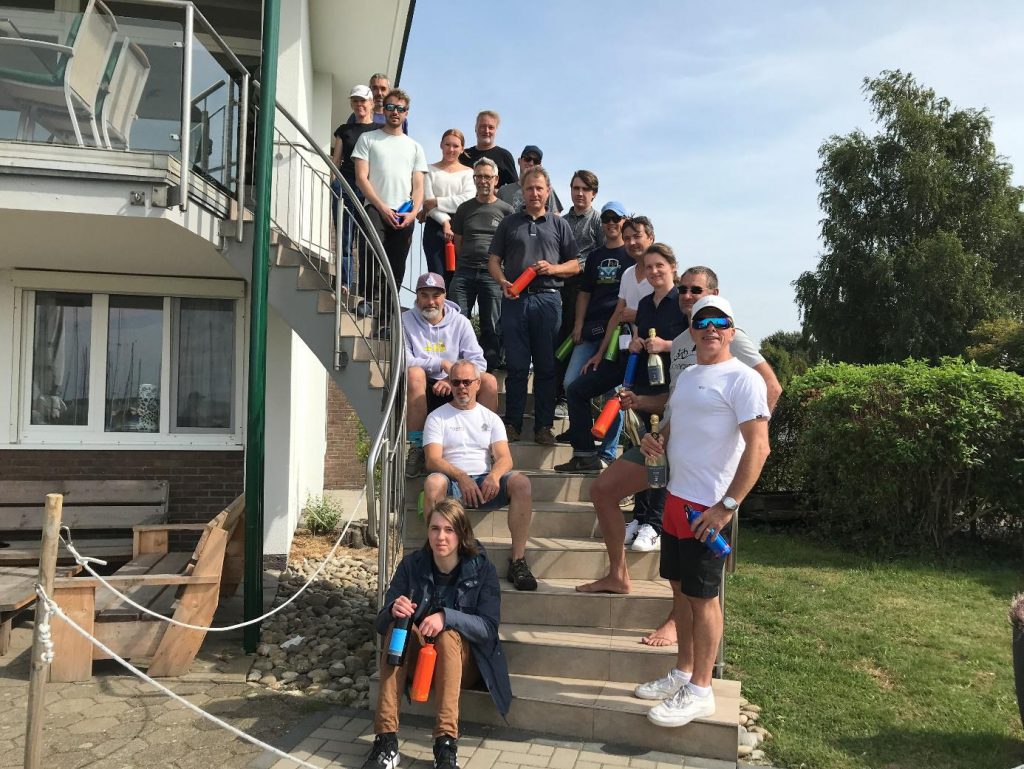 Dummer RS Aero Open - Dummersee, Germany, 11/12 Sept
Thanks to Marcus Walther for his report;
Friday, September 10th, 2021, get in the car and head towards Dummer. The wind prophet in my mobile oracle was 10-16 knots for Saturday and a little less for Sunday. The drive to the Dummer is a little longer for me, coming from Frankfurt, but of course that always opened up a longer anticipation for me, which I could indulge in on the journey. Because one thing is clear, in the SCD you look back on such a long regatta experience, you know that it is going well and without any ifs or buts. They just know how to do it and the regatta sailors appreciate that, which is why there were also 18 entries to book - the second strongest starting field in 2021!

It started on Saturday at 1 p.m. You looked out over the lake from the clubhouse and had exactly the predicted 13 knots of wind in your face. Course "A", triangle, leg, triangle, goal was sailed and reached after 50 minutes of sailing. Finally a real course again. In the first run, a South Hessian who defended himself with hands and feet was able to prevail just before Juliane Barthel, who had chased me across the lake on the space sheet courses. Third was a certain Jens Roehrssen just behind us. The second run showed a similar picture, only this time the order at the finish was a little different and again this South Hesse first, but this time Jens in second place and Juliane in third place. In the third run of the day, Marcus was able to prevail just ahead of Juliane and Jens. Already at the end of the day beer, which I never drink, a fourth race was scheduled and so it happened, as it had to, mentally badly adjusted, at first the start did not go as it should be and then Jens showed himself not exactly cooperative and relegated me, quite rightly, to second place, even though I had tried very hard to prevent this. Juliane was third.

After the two had chased me alternately across the lake and there was no question of wellness, it was finally time to relax at dinner in the clubhouse in a cozy atmosphere, which then came to an end in the neighboring cocktail bar.

Since I had never won a race on Dummer Sunday, my goal was to change that today. But first it was time to have breakfast in the "Barthels Inn". Here I could secretly see out of the corner of my eye how Juliane was scratching the start cross into her buttered bun with her knife. Equipped with so much inside knowledge from the local hero, I thought I was well prepared to tackle the last races.

The first start, which I was really good at, was a mass early start ... it wasn't me. At the second start I had Juliane directly leeward of me. Since Juliane can sail directly into the wind if she wants, because she can and also made use of it in this situation and did not allow herself to be dissuaded, although I asked kindly, I had no choice but to turn away and sail with Henry Lemmer and Stephan Moller on the right side. This was rewarded at the by a right wind shift, so that I got to the windward buoy with at least enough lead that I was not only able to defend the lead over the space sheet course, but also maintained it all the way to the finish when the wind increased.

A super regatta weekend at Dummer came to an end with wind that was easy to handle for everyone, pleasant temperatures, a race committee that did a great job, for which I would like to thank you very much and I think I can say that I can do on behalf of everyone. Chapeau.


At the moment, the national and international issue is how to support young people so that soon more young people than seniors can be found participating. Therefore, I would like to praise Katinka and Richard, who traveled from far and wide to take part in the regatta. Many thanks also to Jochen Ebbing, for the support with the Class Association boat. Our new member Ivan Herreaz from Oldenburg was able to sail with our RS Aero regatta for the first time.

We would have liked to start this regatta in two Classes, RS Aero 5 and RS Aero 7. Unfortunately, the regatta management were not able to comply.  However, in response to multiple requests, I would like to list the results separately (as below), especially since the performance of Richard Ebbing (14), who was ahead in the group of RS Aero 5s here, becomes clearer and is recognised.

With the great social togetherness in the evening, it became clear that Hamburg and Berlin are probably only geographically far apart. Thanks to everyone who traveled from far and wide for a great and successful event.