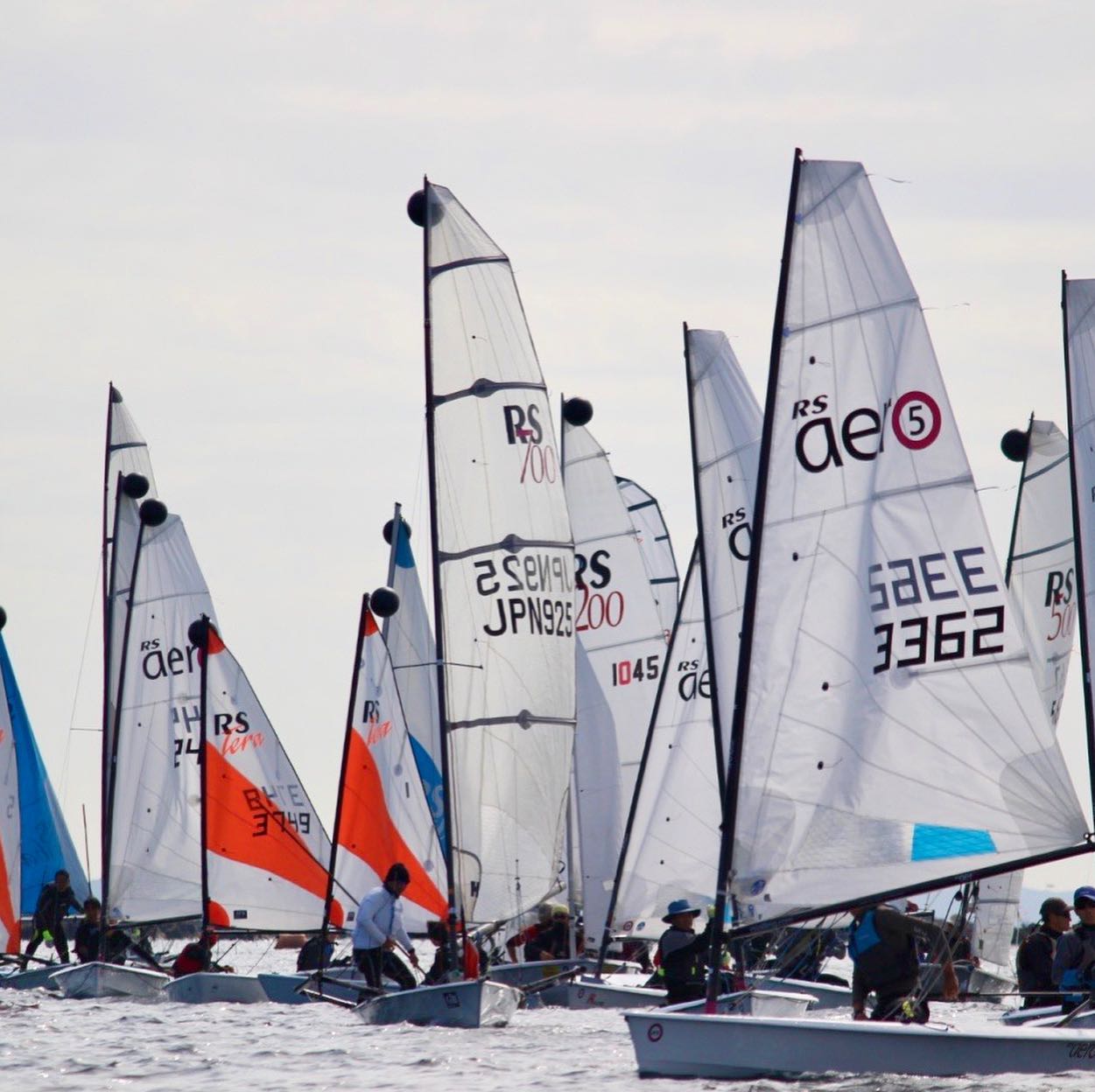 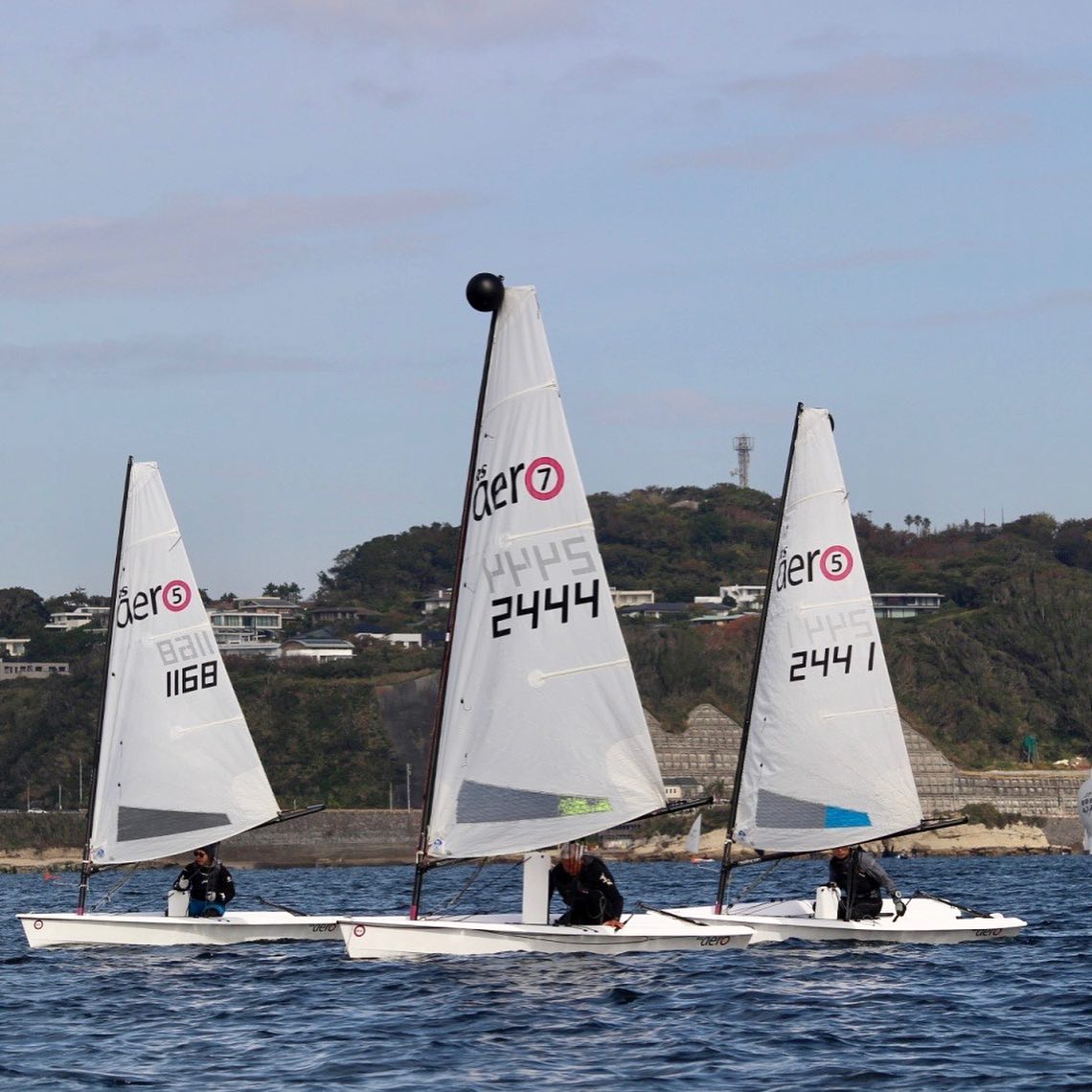 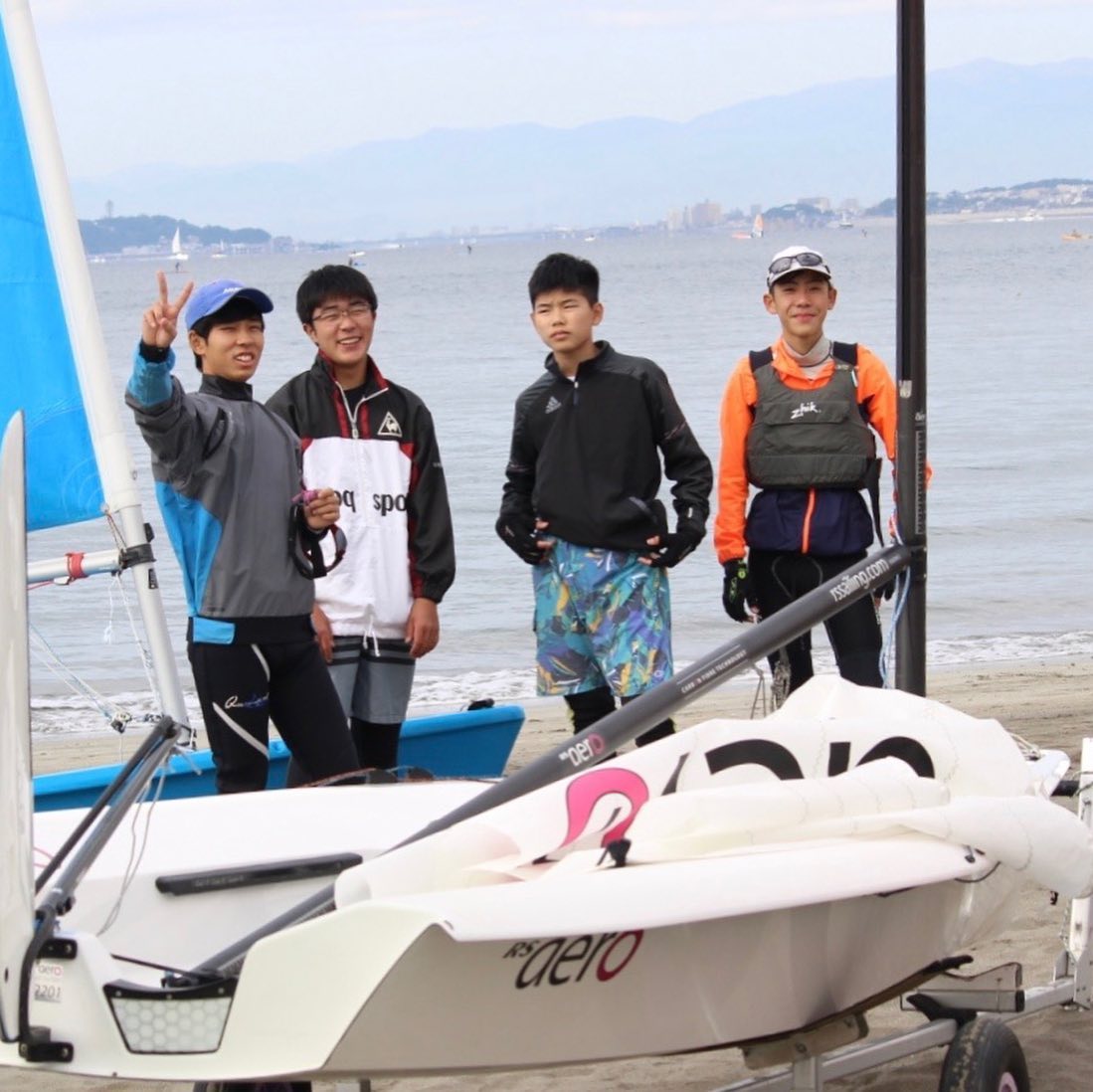 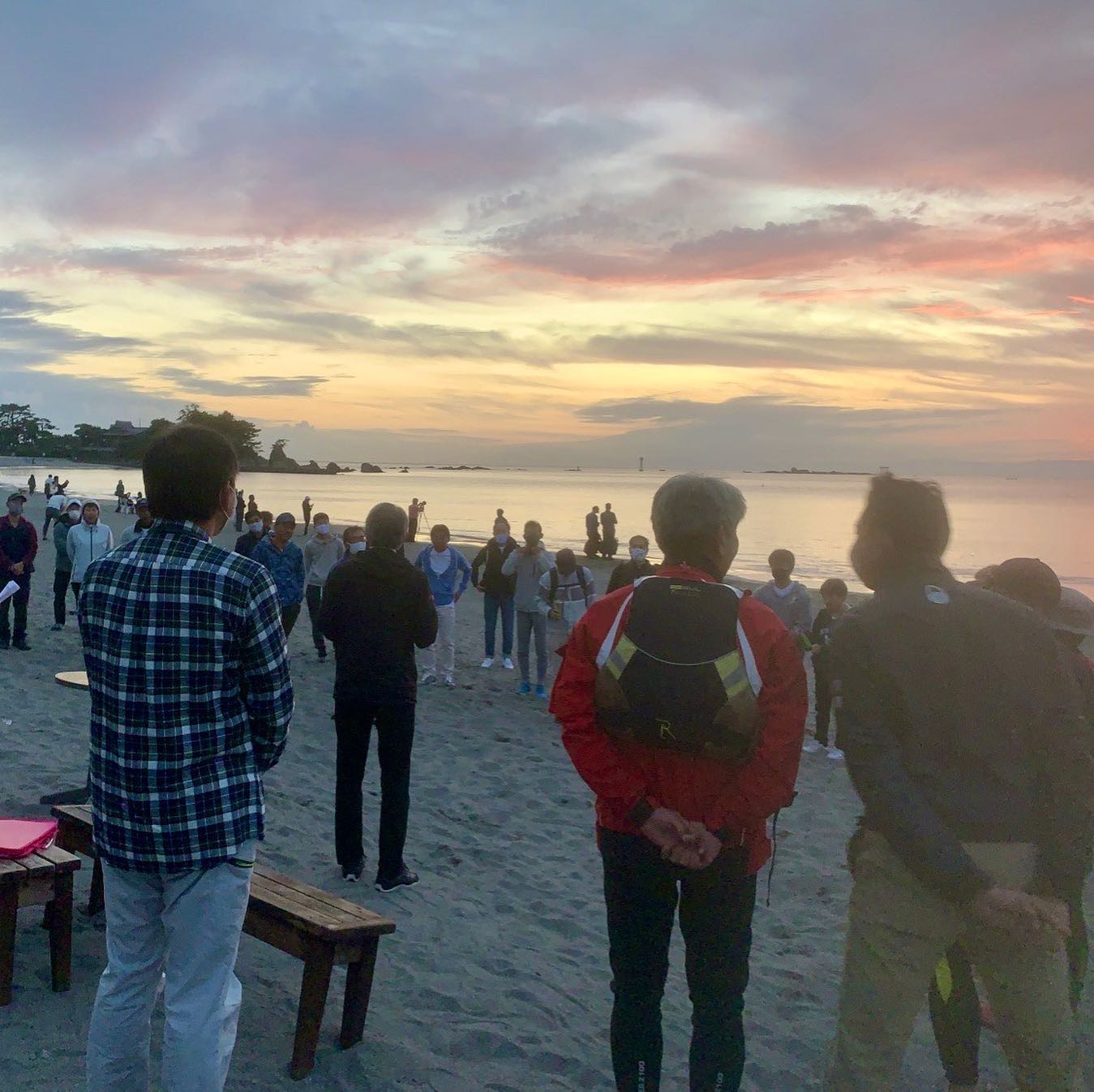 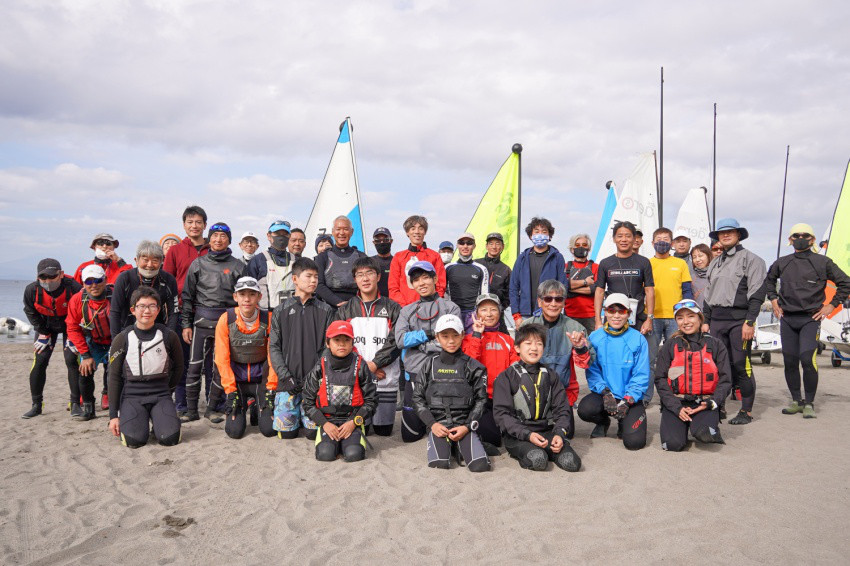 A total of 29 mixed RS Class boats including visitors from Shimizu and an RS100 who sailed over from Enoshima! This year saw a good increase in the number of youths and females in both pairs and single-handers.

Twelve RS Aeros gathered this year, the largest fleets with six RS Aero 7s and six RS Aero 5s entered. The owners who couldn't participate this time chartered their boats to build a good fleet for some exciting racing. Spectators, parents and friends who usually find it difficult to watch racing enjoyed excellent spectating from the Ferris wheel nearby.

Three races were completed in a light wind with difficult course setting because the wind was very variable. The second race was signalled immediately after the final boat finished the first to try to complete it before the anticipated switch in the wind. The third race was then held after a short wait for the new breeze to arrive from the south and finished with a shortened course after an hour.

The award ceremony was held on the beach at dusk with the beautiful sunset. Hayama is a sailing college producing many new racers and the on-the-water judge confirmed the ongoing improvement of good rules knowledge and race skills on the course. Washiyama Shimizu won overall in his RS Aero 7 and was commended as the 2020 RS Classes all-Japan champion and the runner up was Nakamizo Akihiro in another RS Aero 7.  The female pair, Iguchi and Tsubouchi, were commended for the first place in the one-lap class for the slower boats.

The first prize awarded to the champion was a beautiful wooden trophy made by Hitomi, a graduate student of art
Thank you to all the management volunteers, all the participants and everyone at the Hayama Sailing College who supported the implementation. See you next year!

Four of the Japanese sailors had participated in the World Championship in Melbourne, AUS, at the beginning of 2020 and Kazuyoshi Nakao won the master title in the RS Aero 5 Class. The RS Aero won the Dinghy of the Decade award of the Kazi Magazine and it seems that many people in Japan are becoming interested in it. This includes it being a candidate for the Paris Olympic boat type last year, winning first place in the World Sailing boat trial for the men and women's single-hander.