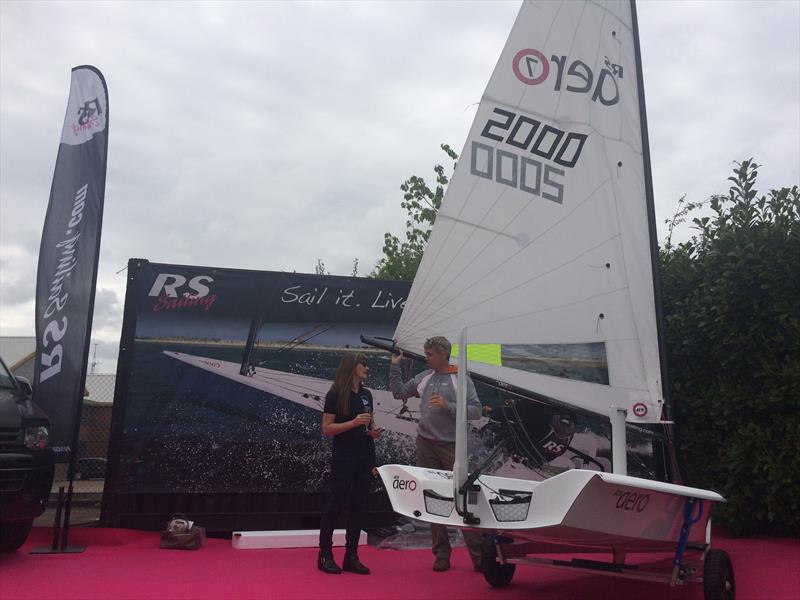 23/05/2016 17:46:30
by Samantha Foster
Friday 20th May 2016 marks another major milestone for the RS Aero Class as the 1000th boat leaves RS Sailing's headquarters with its proud new owner, Lesley Hunt of Silver Wing Sailing Club in Staines, Middlesex.
RS Sailing Chairman Martin Wadhams says "When we first sailed the prototype we loved it and so many sailors have done the same. People order after a test sail in higher percentages than we've ever known. We get calls and messages saying how much they're enjoying it. Boat numbers, sailors and events are snowballing. It's pretty exciting isn't it?" 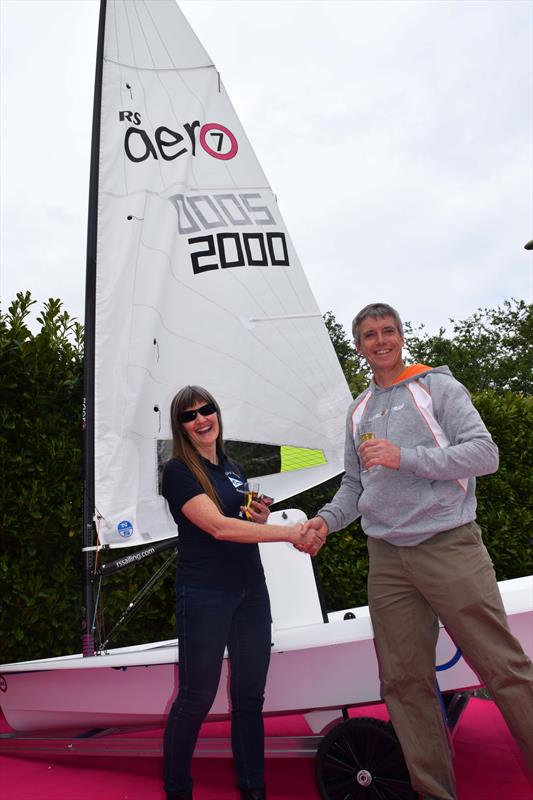 The newest RS Aero owner Lesley commented, "I am so excited to collect the boat and get out on the water and it's been made doubly special to be a part of your [RS Sailing] milestone."

The RS Aero has been a hit since its launch at the UK Dinghy Show in 2014. Deliveries to 45 countries worldwide and over 150 locations in the UK alone demonstrates the success of this already well-known Class. Just last week saw nine nations give the Pivovar Cvikov Czech Open a colourfully international flavour.

Peter Barton, the RS Aero Class Manager, who plays a huge part in the racing as well as the logistical side of the class said, "The beauty of the RS Aero is in its super lightweight, simplicity and affordability. Having experience of trapeze and hydrofoil sailboats, I was initially sceptical with regards to my interest in the RS Aero. However, the RS Aero has continually delivered a supreme combination of both outright exhilaration and a very fulfilling and versatile racing challenge."

With the first RS Aero UK Nationals being such a huge success in 2015, when it became the largest Nationals attended by a singlehanded adult class, it was clear the RS Aero had a bright future ahead. In 2 weeks' time, the 2016 RS Aero UK Nationals will begin at Royal Torbay Yacht Club and with 64 entries already registered, it is shaping up to be another fantastic RS Aero event.

Having gained World Sailing (ISAF) Class Status in November 2015 the RS Aero Class will hold its first European Championships at Travemunde Woche, Germany in 2016. And it's not stopped there, the first World Championship is booked for Carnac, France in 2017 with San Francisco, USA, planned for 2018 and then back to home turf in the UK for 2019.

Following last year's successful RS Aerocup in Barcelona, Spain, which saw 40 entries from 9 countries, this jewel in the crown regatta visits the world renowned Lake Garda, Italy, in September 2016 and is already gaining international interest. It is certainly not an event to miss if you own or can lay your hands on an RS Aero!