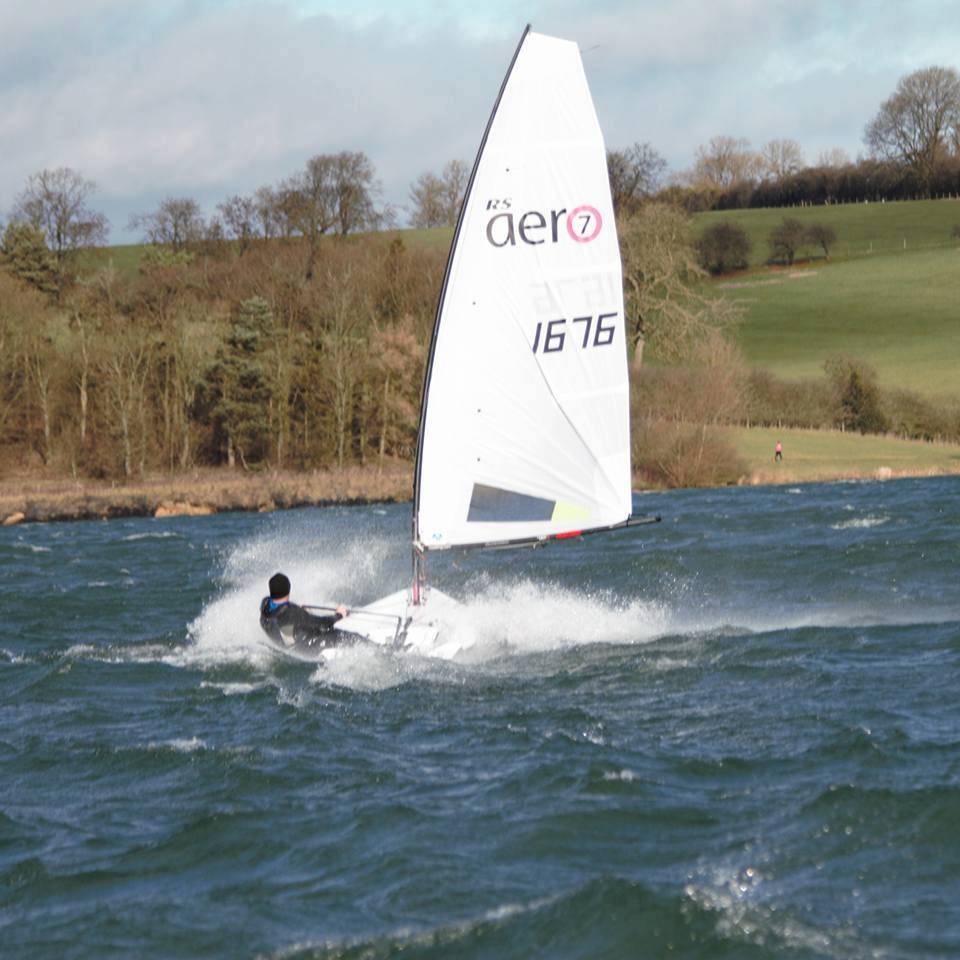 On Sunday 21st February at Northampton SC in the UK with the Club anenometer peaking at 37kn (but a little sheltered apparently) and heinously gusty Chunky let rip down the lake on just three downwind angles. The data looks good.

The video clip is here. Make sure you are stable on your chair and pump up the volume;
https://www.youtube.com/watch?v=BiQSvBaqsp4
The first (stbd) reach failed, as the RS Aero acceleration kicked in the boat bounced over the waves and our ninja warrior ejected off the back, hitting the water at speed.
The second (port) reach was the big one with a max speed peaks of both 23.9kn (27.5mph) and 23.1kn (26.6mph) recorded, visible at 0:28-0:39 seconds on the vid. 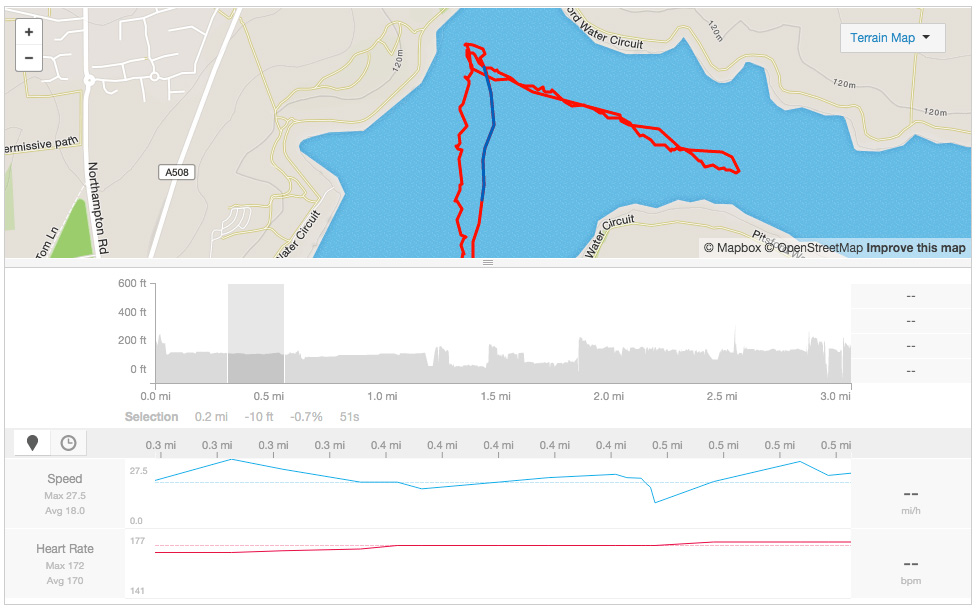 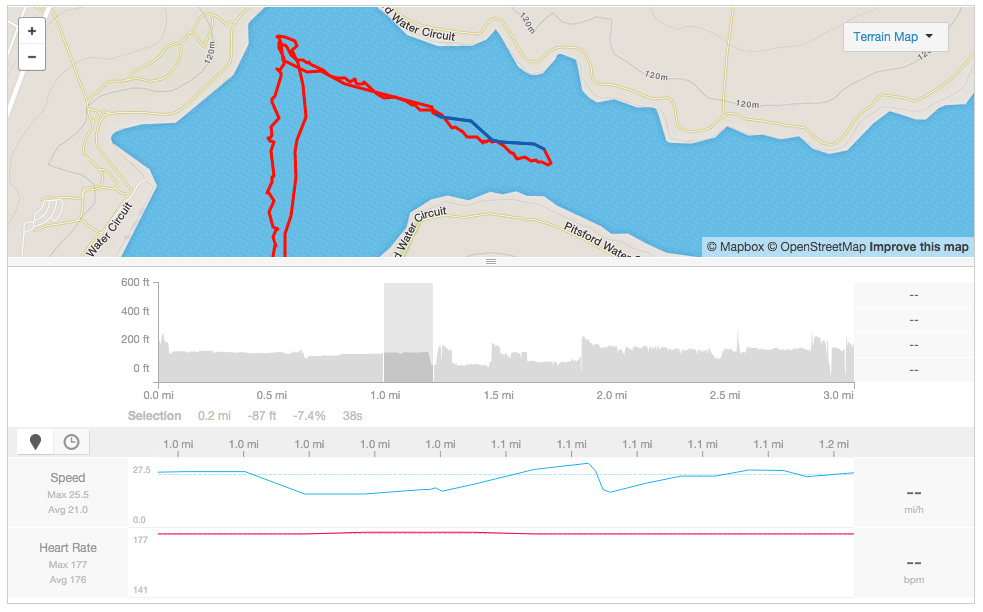 There is a new challenge to everyone!
Who will join Chunky in his new 20kn Club before he gets lonely?

First reach blowout vid;
https://www.youtube.com/watch?v=kWKRiolcExI
Chunky reports; 'It is a different technique slightly to what I have been used to because if you don't use both the rear toe straps you tend to be angled back too far and get spat out the back. After my first debacle I ended up going to the back straps and hiking straight out. This also enabled a bit more steering control as you aren't hanging out the back of the boat as much. Amazing what you learn in stupid stuff like that eh?'
pic by Kev Hall